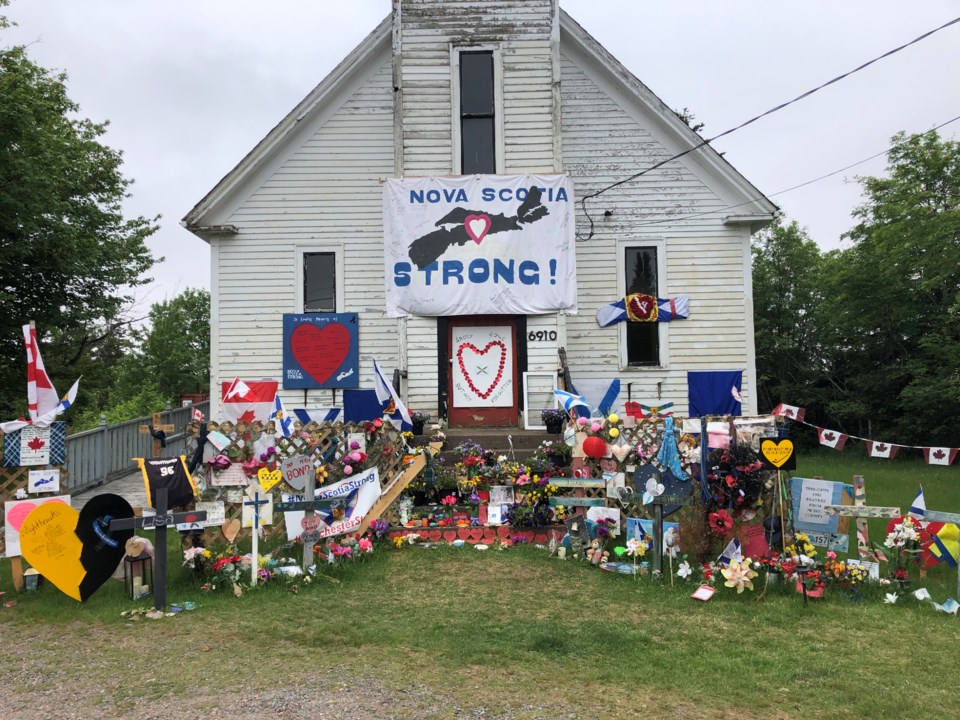 A memorial in Portapique to 22 victims of a mass shooting (Meghan Groff/HalifaxToday.ca)

HALIFAX — The federal government says it will proceed with a full public inquiry into the mass shooting in April that claimed 22 lives in Nova Scotia.

The announcement comes amid mounting public pressure, including from a number of Liberal MPs who challenged their own government's decision last week to participate in a less rigorous joint review with Nova Scotia.

Federal Public Safety Minister Bill Blair says in a statement today the government is responding to calls from families, survivors, advocates, and Nova Scotia members of Parliament for more transparency.

Earlier today, Nova Scotia Justice Minister Mark Furey said he would be in favour of a federal-provincial public inquiry if Ottawa agreed to go along.

Blair says the inquiry will be conducted under the authority of the federal Inquiries Act, with powers to summon witnesses and require them to provide evidence and produce documents.

The three people who had agreed to serve on the review panel announced last week will remain as inquiry commissioners: Michael MacDonald, a former chief justice of Nova Scotia, Anne McLellan, a former federal Liberal cabinet minister, and Leanne Fitch, the former chief of police in Fredericton.

This report by The Canadian Press was first published July 28, 2020.

A sci-fi movie that will blow your mind and the Kissing Booth is open for business again: This week’s best and biggest on Netflix
Aug 7, 2020 4:44 PM

Province providing $1 million in aid following devastating Beirut blast
Aug 7, 2020 4:12 PM
Comments
We welcome your feedback and encourage you to share your thoughts. We ask that you be respectful of others and their points of view, refrain from personal attacks and stay on topic. To learn about our commenting policies and how we moderate, please read our Community Guidelines.