Only one lane of the MacKay will be closed this weekend, and just on Saturday 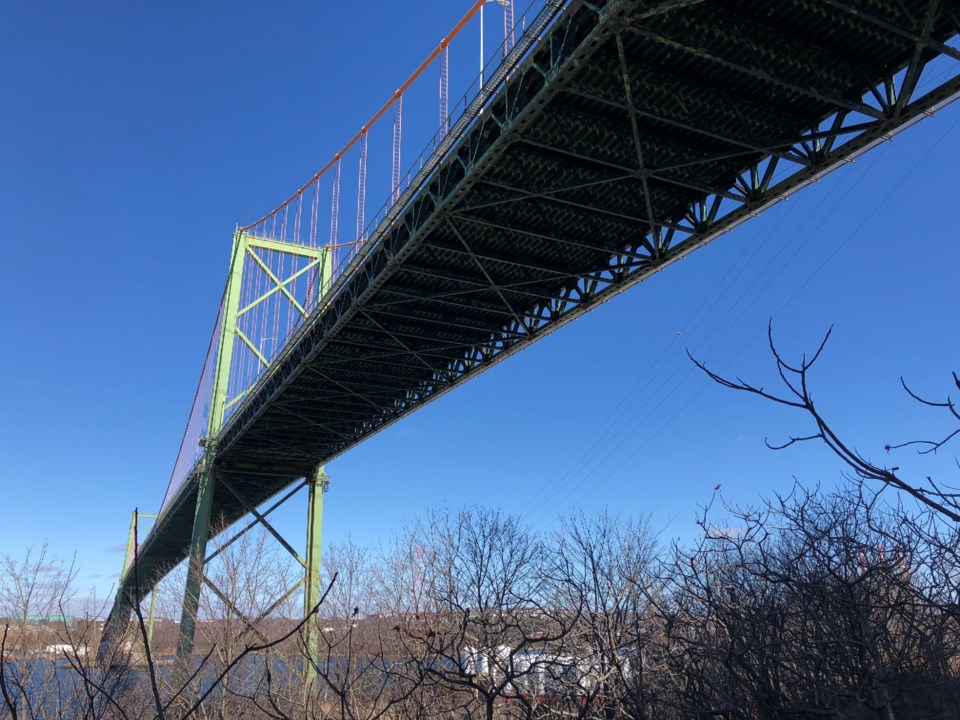 Planned work on the MacKay Bridge that was scheduled to start this weekend has had to be pushed back.

The maintenance project is weather dependent, and with rain in the forecast, it's been delayed.

However, Halifax Harbour Bridges spokesperson Alison MacDonald says crews will still be able to do some other work, which will mean one lane will be shut down Dartmouth-bound Saturday, July 13 from 7 a.m. to 7 p.m.

If conditions are dry next weekend, the bigger project will begin.

"[In addition to] the resurfacing of two of the lanes, we are opening up the main cable and doing some in depth inspections there as well," she explains. "It's all about getting ahead of what needs to be done."

During that work, which could now start the weekend of July 20 and 21, one lane in each direction will need to be shut down.

MacDonald tells NEWS 95.7's The Rick Howe Show, five or six weekends will be needed for the project, so the weather-dependent Saturday and Sunday lane reductions could be in place until September.

"We try to do the work evenings and weekends and stay away from the commuters that use the bridge, but even on a weekend in the summer, the MacKay Bridge is quite busy, so having two lanes closed will cause backups."

That span will be shut down to vehicles from 8 p.m. to midnight from Monday, July 15 to Thursday, July 18. The sidewalk and bike lane will remain open.

She adds this work is not related to the Big Lift project, because that is all finished.

A full weekend closure of the Macdonald will be required sometime near the end of the month.