Film professor Solomon Nagler is among dozens of Canadian filmmakers participating in the Greetings from Isolation online film festival, which runs until April 5
Mar 24, 2021 11:40 AM By: Steve Gow 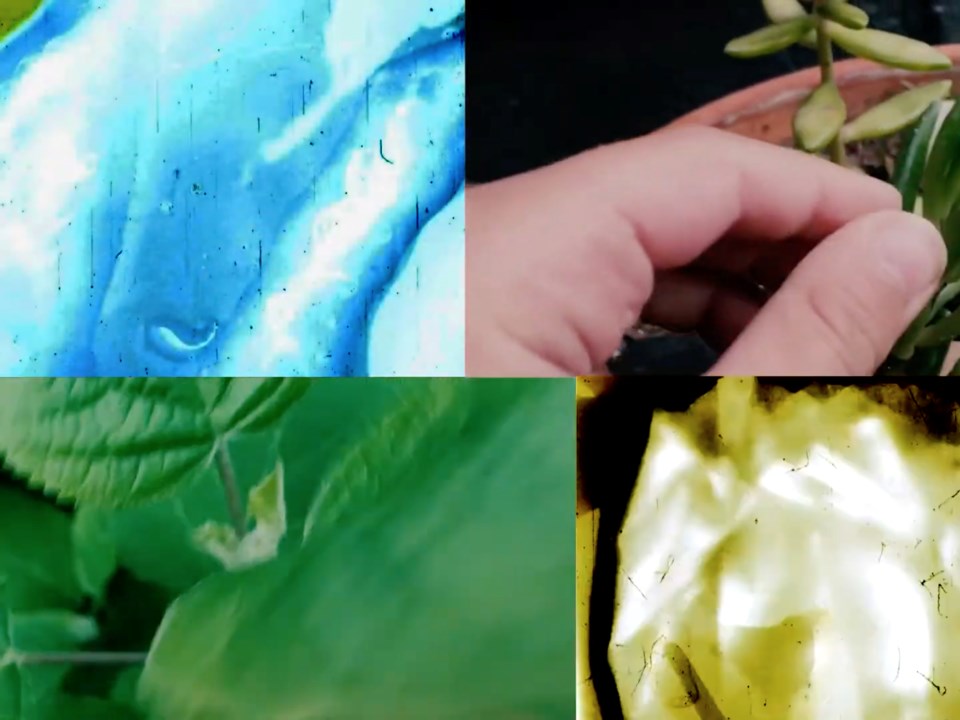 A scene from 'Typhoid Aphorisms' by Halifax-based filmmaker Solomon NaglerContributed

A Halifax-based filmmaker is among more than 90 artists from across Canada commissioned to capture a portrait of living in isolation during the pandemic.

Solomon Nagler’s typhoid aphorisms is screening among dozens of short films in Greetings from Isolation, a virtual film festival that hopes to find inspiration and enlightenment from the shared human experience of living under lockdown.

“I just got an email out of the blue and I guess the folks in Toronto were passing around names of people that they wanted to commission work for and my name came up,” says Nagler, admitting the timing of that call last spring couldn’t have been better. “In Halifax at that time, we weren’t as good as we were later on and all of us were in this panicked state and to have this release was just wonderful.”

Created by longtime film festival programmer Stacey Donen, Greetings from Isolation features a broad range of short films across a variety of genres from documentary to essay and fiction. Invited filmmakers were instructed to use whatever materials they had on hand without the resource of a budget.

“The one thing Stacey wanted to really explore was to address this idea of what it’s like to be in lockdown and how it’s effecting your process as an artist,” says Nagler of the festival rules.

For typhoid aphorisms, the only recording equipment Nagler had available was his iPhone, which he was frequently using to check COVID-19 updates at the time.

“Then I thought why don’t I use this phone to make work,” adds Nagler. He decided to hand his phone to his young son to record anything he wanted in the family’s backyard garden sanctuary.

“Afterwards I got the footage and I thought it was so beautiful,” says Nagler, who then took his son’s footage and mixed it with 16mm cameraless exposures to create phytograms — essentially a process of pressing plants soaked in chemicals directly onto the surface of the film.

“What emerges are these beautiful colours (so) that was the source material,” says Nagler. Finally, the filmmaker added text of recent poetry he had written in response to the anxiety he was experiencing in isolation.

“I was having all these weird dreams, these COVID dreams and I just needed a release to let out this anxiety I was feeling,” admits Nagler, who is also an associate professor of media arts at NSCAD University. “As filmmakers, we are always very informed by our interior world and a lot of my work steers from narrative work and more experimental work.”

Nagler is also thankful not only for the opportunity to make typhoid aphorisms with his young son but he says he also learned to appreciate how being in isolation helped him realize his priorities.

“I’m really grateful for what lockdown gave me in terms of really intimate time with my family,” says Nagler. “My son was always very curious about my filmmaking but didn’t really know exactly what it is (but) what an opportunity to explore things together (and making) the film together was really exciting.”

Nagler is also grateful to Donen for creating Greetings from Isolation, adding that even as a virtual film festival, it is serving a crucial service to artists and filmmakers who have not been able to share their work.

“Art is something that can save us from a lot of those interior struggles and I think a lot of these projects helped heal these filmmakers that were going through very tough times,” says Nagler, adding that film festivals are equally as important for social reasons.

“It’s a chance for us to talk to other artists or show our work within a public setting, to have conversations,” adds Nagler. “And I think what Stacey is doing is really important to just allow all these individual artists to share and talk about it and at least replicate that really important film festival energy that lets us feel less isolated as artists so it’s great that he’s doing this.”

Greetings From Isolation runs until April 5. For more information or to view the films for free, visit greetingsfromisolation.com