Premier Stephen McNeil's government is adding to spending amid projections of a sharp drop in annual economic growth
Feb 25, 2020 1:42 PM By: Canadian Press 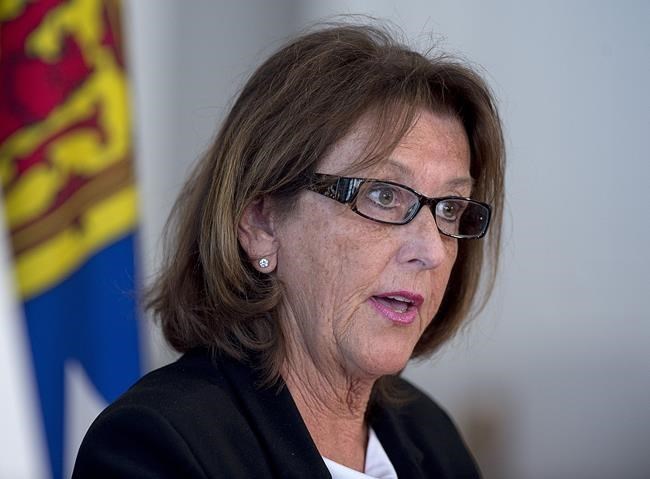 HALIFAX — Nova Scotia's Liberal government is opening the spending taps for roads and hospitals as economic growth is projected to flatten in what could be an election year.

The 2020-21 provincial budget tabled Tuesday features $11.5 billion in spending with a modest surplus of $55 million and a record-setting capital plan of just over $1 billion for school building, highway twinning and hospital renovations and redevelopment.

The government is also adding $54.3 million to the Community Services Department budget, mainly aimed at increasing access to child benefits and raising the limits for housing expenses in welfare programs.

Finance Minister Karen Casey said in her budget speech that a strong economy, fuelled by a rising population, means the time has come to share the province's prosperity.

"As a new decade begins, Nova Scotians can be optimistic," she said.

"We have worked hard together to get the province in a position where we can provide investments and support to all of our communities and to all of our citizens."

However, her high hopes come amid projections of a major hit to the economy with the closure of the Northern Pulp mill in Pictou County. The Finance Department says the decline in forestry will deprive the province of $32 million in personal and corporate taxes this year.

Last year's economic growth, which at just under two per cent was the highest in the past decade, is projected to plummet in 2020 to 0.4 per cent.

The province is also saying it doesn't yet know what the impact of the new coronavirus may have in areas such as seafood exports to Asia.

Provincial finance officials are projecting that rising immigration and a generally healthy economy in areas such as shipbuilding and ongoing provincial capital projects will help offset the impact of the mill closure.

Still, the higher spending on infrastructure means the province has had to reverse course on reducing its debt-to-GDP ratio in the next four years.

The Liberals now foresee a gradual rise in the province's net debt, from this year's projection of $15.7 billion to $17.8 billion in three years.

Premier Stephen McNeil said the infrastructure spending is not connected to the mill closure.

"Those decisions were made prior to the outcome of Northern Pulp, but they certainly will continue to drive and help provide support and economic opportunity for the citizens of our province," he said.

McNeil also brushed aside questions about an election in the offing later this year, calling it a concern more for the media and opposition parties.

However, both opposition leaders called the budget a pre-election document, saying that it provides "too little, too late" for areas of need.

Progressive Conservative Leader Tim Houston noted that a lot of the spending was thanks to continuing yearly increases in federal transfer payments.

A steady series of increases in equalization payments have helped keep the Liberal government in the black, as the revenues from Ottawa are projected to be over $2 billion — up 10.5 per cent compared with 2019-20's budget.

"Nova Scotia is not in the great shape that the government will have you believe," Houston said. "The economy is slowing right down and could easily contract this year. When you think of the risks on the horizon, with the coronavirus and ... the impact of the Northern Pulp closure, there are huge headwinds before this province."

The second-term Liberals are approaching the third anniversary of their current mandate, but their majority could be narrowed due to the recent resignation of a backbencher from caucus after he was charged with impaired driving, and two byelections in March.

If an election does come later this year or in 2021, McNeil will have a number of spending initiatives to point to.

The budget confirms a recent series of announcements on capital spending for schools and hospitals, and there is $385 million for Nova Scotia’s roads, highways and bridges.

Businesses are receiving a previously announced tax break with a reduction in the corporate and small business taxes at a combined cost to the province of just over $80-million.

NDP Leader Gary Burrill called the move a "banquet feast" for business while noting there was relatively little in the budget for people who are in need.

"After years in which the province has really been starved for social spending, now on the front porch of an election we have all these crumbs being tossed in all different directions," said Burrill. "It's a little bit little and it's a whole lot late."

One exception to the province's trend to decreasing taxes is coming for smokers and people who use vaping devices, with the province saying the aim is to reduce use.

As of Sept. 15, the government will tax about 50 cents per millilitre for vaping liquids and 20 per cent of the retail value of all vaping devices, with $2.3 million in revenues in this year. The annual take is expected to be about $4.3 million.

Many typical vaping devices hold slightly less than a millilitre of fuel, meaning the tax on a package of four would total about $1.50.

There is also a two per cent tax increase on cigarettes, along with hikes in taxes on cigars and other forms of tobacco.

New spending was also announced for people with disabilities, with $7.4 million to help them move from larger institutions into homes with four or fewer residents.

This comes in the wake of a high profile human rights decision ruling the province was discriminating against three people with intellectual disabilities who were forced to live in a psychiatric hospital due to the lack of smaller homes.

Here are some highlights:

- Economic growth is forecast to drop to just 0.4 per cent in the wake of the closure of the Northern Pulp mill in Pictou County. It was 1.9 per cent in 2019.

- Infrastructure spending will see a record increase, with a 51 per cent hike in the capital budget for schools, road twinning and other infrastructure, going from $691.3 million to more than $1 billion.

- Help is offered to poor Nova Scotians by adding $54.3 million to the Community Services Department budget, increasing access to child benefits and raising limits for housing expenses in the welfare programs.