Infectious disease expert Lisa Barrett says there are likely 10 times the number of COVID-19 cases than have been diagnosed, which could cause quick spread if the province re-opens all at once
May 10, 2020 3:37 PM By: Victoria Walton 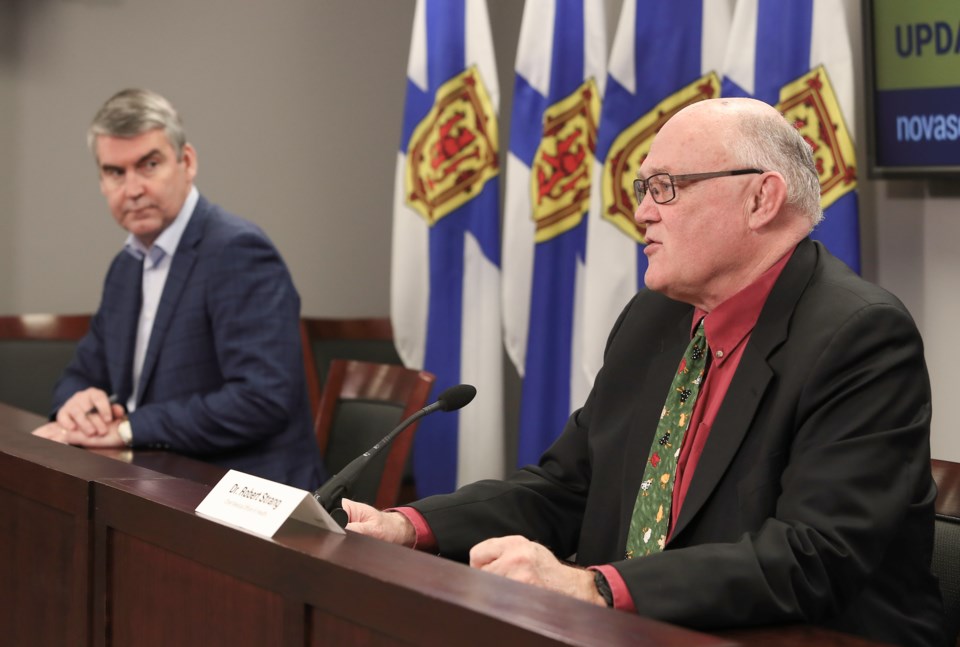 With fewer and fewer active cases every day, many residents of Nova Scotia are eager to get back outside. On Friday, Premier Stephen McNeil and Dr. Robert Strang discussed the details of a leaked re-opening plan for businesses, but experts are warning residents not to get too excited just yet.

“In medicine, we often talk a lot about start low and go slow, and that’s not the exception in the pandemic,” says Dr. Lisa Barrett, infectious disease scientist with the QEII hospital and assistant professor at Dalhousie University in Halifax.

Barrett tells NEWS 95.7’s The Todd Veinotte Show that despite seeing fewer cases outside long-term care homes, the long incubation period of COVID-19 means we should wait several more weeks before thinking about returning to normal.

“With this kind of virus, it may take up to 14 days for it to incubate. Maybe shorter, maybe a little longer,” Barrett explains. “But sometimes the highest amounts of virus you might have are very early around that time when you’re just getting symptoms.”

Because of this, Barrett thinks there are likely 10 times the amount of cases that go undiagnosed and those could cause quick spread.

“That every time that one person who may not know they’re infected, may infect another person, that can go pretty quickly way up way fast,” she says.

The doctor thinks so far, Nova Scotia has done a pretty good job of maintaining social distancing and doing things like washing hands and wearing masks.

“That the data from Nova Scotia suggests that we continue to move down, down, down in our daily case numbers and in our hospitalizations,” she says.

Comparing Nova Scotia to other provinces and even countries around the world, Barrett thinks the province’s public health system has managed to deal with the curve of COVID-19 cases without getting overwhelmed.

“It’s a little early to just open things up yet but we’re headed in the right direction. I think the empirical data is that we had a curve that went up at the right speed that we can handle. It peaked out and it’s starting to come down,” she says.

In the coming weeks, Barrett says she hopes to see more details of a plan for re-opening in several phases.

“The Public Health Agency of Canada, and Dr. Strang and McNeil on Friday put forward the basis of a plan that makes really good sense to me,” she says.

For Nova Scotians, who currently still have about 200 active cases in the province, Barrett says it’s too early to ease restrictions yet.

“I know people want to go back to normal. The normal of say, December of this year. That kind of normal’s not going to happen for a while, and I think we can all just kind of say yup, we’ve got it, that normal’s not happening for a while,” she says.

But when they do, she insists they need to start small.

“That would be at first low-level interactions with five people or more as a good place to start,” Barrett explains. “Before we start talking about large gatherings and large institutions opening where we would not be able to control things as carefully.”

And before the “normal” of last year returns, Barrett says more widespread immunity would need to occur, whether it’s from virus exposure or getting a vaccine.

“We need to figure out that part of the science of the virus,” says Barrett. “How much immunity we’re going to have, and we have to get more people exposed over time slowly, not in a rapid manner.”

Dartmouth man charged with stunting on Highway 111
Oct 20, 2020 3:17 PM
Comments
We welcome your feedback and encourage you to share your thoughts. We ask that you be respectful of others and their points of view, refrain from personal attacks and stay on topic. To learn about our commenting policies and how we moderate, please read our Community Guidelines.