Under the Human Organ and Tissue Donation Act, all people in Nova Scotia will be considered potential organ donors unless they opt out
Jan 18, 2021 6:36 AM By: Canadian Press 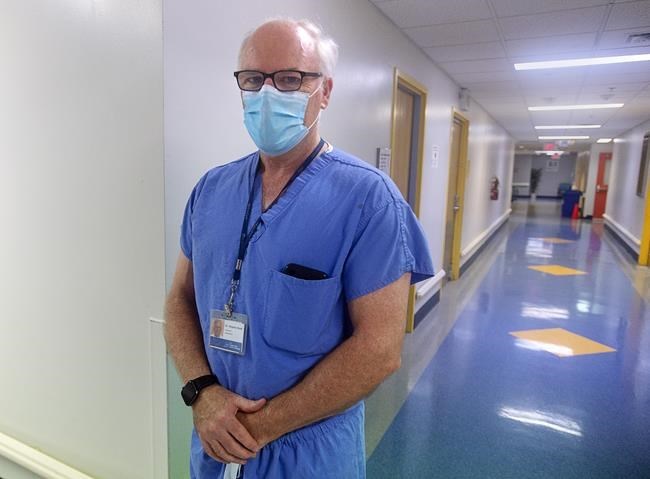 HALIFAX — Nova Scotia is now the first jurisdiction in North America to implement presumed consent around organ donation, a move health officials believe could see a significant rise in the number of donors over the next few years.

Under the Human Organ and Tissue Donation Act, all people in Nova Scotia will be considered potential organ donors unless they opt out.

"To my knowledge nobody else is close to considering this, but many places are thinking about it," said Dr. Stephen Beed, medical director of Nova Scotia's organ and tissue donation program. "We have an opportunity to transform a component of the health care system and that just does not happen very often."

In an interview last week, Beed said the work to bolster the province's organ donation program has focused on planning, education and public awareness.

He said the system has, in effect, been "rebooted" with the recruitment of several donation physicians and an increase to the number of system coordinators, who have also seen a change in their training. Overall, 27 new professionals have been brought into the system over the last three years.

In addition, a donation data system has been developed to assess the program's performance. The province plans to spend $3.2 million this fiscal year to bolster the system.

"Overall I honestly think that the system change is the most important part," Beed said of the shift to presumed consent.

He said that was the message delivered to Premier Stephen McNeil when he first approached health officials with the idea for the legislation.

Beed said organ donation rates increased by as much as 35 per cent in European countries such as Belgium and Spain after they adopted an opt-out system, though he noted other jurisdictions that made the switch have had the opposite experience.

But one prospective organ recipient said the success stories abroad have left her more optimistic about matters closer to home.

"I am very proud that Nova Scotia is the trailblazer for this," said Anita MacDonnell of Halifax, who is awaiting a kidney transplant.

"I was very encouraged when they announced this back in 2019."

MacDonnell, who turns 60 on Wednesday, was approved for a new kidney last May and started dialysis in October.

She and her friend Brenda Mackenzie, also of Halifax, suffer from a genetic kidney disease that has seen several of their siblings and both of their mothers require transplants in the past.

Both women undergo dialysis three nights a week for four hours at a time and liken the life-saving process to having a part-time job.

Mackenzie, 60, describes her wait for a kidney as "pretty nerve-wracking."

"So I guess my hope obviously would be that with this (change) that so many more people would be able to be transplanted," she said. "That's what the ultimate hope is."

Some civil libertarians balked at the legislation when it was first proposed, raising concerns around governments having the power to tell people what to do with their bodies. Other opponents expressed potential cultural and religious concerns about the move.

Beed said he believes those issues have been addressed through the development of an opt-out registry and safeguards such as double checking with families to ensure the last known wishes of a potential donor are honoured. Those who tell their families that they don't want to be donors will see those instructions respected, he said, even if they haven't formally opted out.

In addition, certain groups will be exempt such as new immigrants, transient residents of Nova Scotia, and people who don't have capacity to make their own decisions. Beed said talks are also continuing with leaders of religious and faith communities to ensure they are "engaged" with the system.

Peggy John, the acting director for the organ and tissue donation and transplantation program at Canadian Blood Services, agrees the opt out program will only be as good as the strength of the system put in place to support it.

John, whose organization is the national collaborating body for provincial transplant systems, said the end goal should be to increase the opportunities for transplant for patients who are in need.

According to the most recent figures compiled by Canadian Blood Services, 250 Canadians died while waiting for a transplant in 2019 — an increase from 223 in 2018. They also showed that Canada still has a shortage of organs, with 4,419 patients still waiting for transplants at the end of 2019.

John said the new Nova Scotia law will be an opportunity to observe and to learn about what might work elsewhere to potentially boost donation rates.

"We are keen to see what's going to happen," she said. "We know they (Nova Scotia) have been approaching this in the right way and we will continue to watch what the outcome will be."