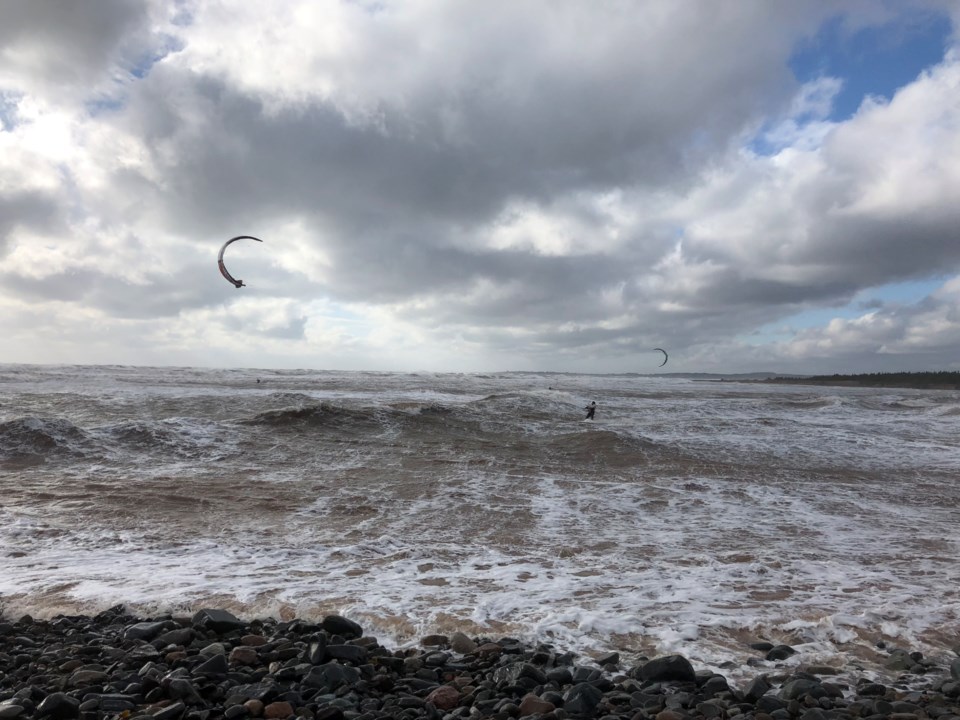 As meteorologists at the Canadian Hurricane Centre in Dartmouth keep a close eye on Michael, research suggests Nova Scotia has a long history of intense storm activity.

"When a hurricane strikes a coastline there's lots of storm surge and wave activity, and what it does is it erodes sediments and sand from the coastline and it deposits it into coastal lakes on lagoons," explained Peros. "By taking sediment cores through these sites, what we can do is identify these changes in sedimentology, which will basically be indicative of past hurricane activity."

The pair found between 1450 and 1700 there was a period of intense hurricane activity in Nova Scotia. Their results suggest hurricanes similar in strength to Juan may have been up to three times more frequent during that time period.

"What we were able to do is correlate this to higher sea surface temperatures just off the coast, indicating that there might have been a connection between warmer conditions in the ocean and more active hurricane activity at this time."

Peros said he can't predict the future, but looking at the past, it seems to indicate if sea surface temperatures continue to rise in the Maritimes, that could result in more intense storms coming our way.

"Current research is pointing towards changes in hurricane activity in the future being a little bit more intense, so in other words, the strongest hurricanes are going to be a little bit stronger," he said. "And what our results are showing is generally consistent with this."

"There may actually be a relationship between sea surface temperatures and hurricane intensity."

He's hoping to return to Nova Scotia to look at apply similar field techniques to track past winter storm activity in our area.

"In Nova Scotia, winter storms can actually result in flooding that is as large as or even larger than tropical storms."