The first stop on Trudeau's cross-country town hall tour brought difficult questions from the crowd.
Jan 10, 2018 1:27 AM By: Katie Hartai 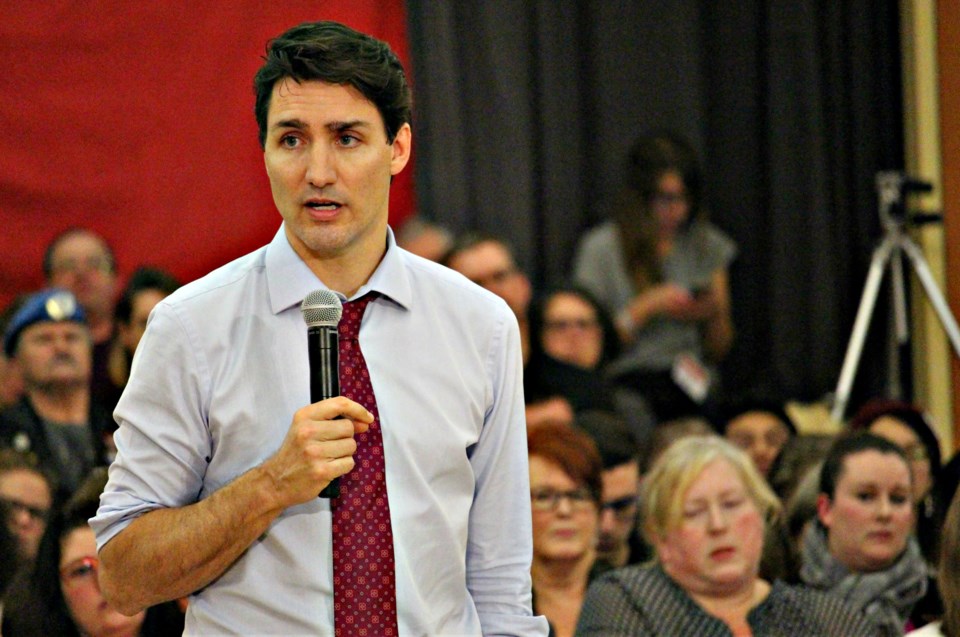 Thousands of people piled into the Sackville High School gym to hear from Justin Trudeau.

The first woman to take the microphone was Carly Sutherland - the mother of nine-year-old Callum Sutherland who has severe autism.

Sutherland told Prime Minister Trudeau her son is violent to the point where he cannot go to school and he physically assaults her daily.

She explained the lack of funding and supports available provincially and federally and says families like hers should not have subsidize healthcare and education for their disabled children.

Calling it a fundamental human rights issue, she asked Trudeau where his government stands on a national autism strategy.

"This is something that so many families across this country face," said Trudeau. "And it is something we all have to work together to do a better job to address."

He said the federal government is investing significant amounts of money into the Canadian Institute for Health Research to look at dealing with Autism spectrum disorder and it continues to fund community autism support groups as well.

About a dozen protestors chanted outside of the high school prior to the event, asking the crowd to press Trudeau about former child refugee Abdoul Abdi who is facing deportation to Somalia.

His sister, Fatouma Abdi had the chance to personally address the Prime Minister and ask for his help.

"I hope Justin Trudeau listens to me and dismisses the entire case, letting my brother stay," she said. "They are trying to give him a death sentence because if he goes back to Somalia he will get killed."

Trudeau said anytime a government has to deport someone, it is taken seriously and is reflected on with compassion.

"We will do what Canada always does, try to do the right thing based on both rules and empathy," he said.

Sending Abdoul back to Somalia is a death sentence, according to his sister.

Trudeau answered questions for two hours that covered a number of topics. Speaking in both French and English, he addressed matters like veterans issues, the legalization of marijuana, reconciliation, Omar Khadr and his controversial Bahamas vacation.