'Change is necessary, and we all know the status quo isn't an option when it comes to this issue': PC Justice Critic Tim Halman
Apr 12, 2019 6:57 AM By: Mark Hodgins 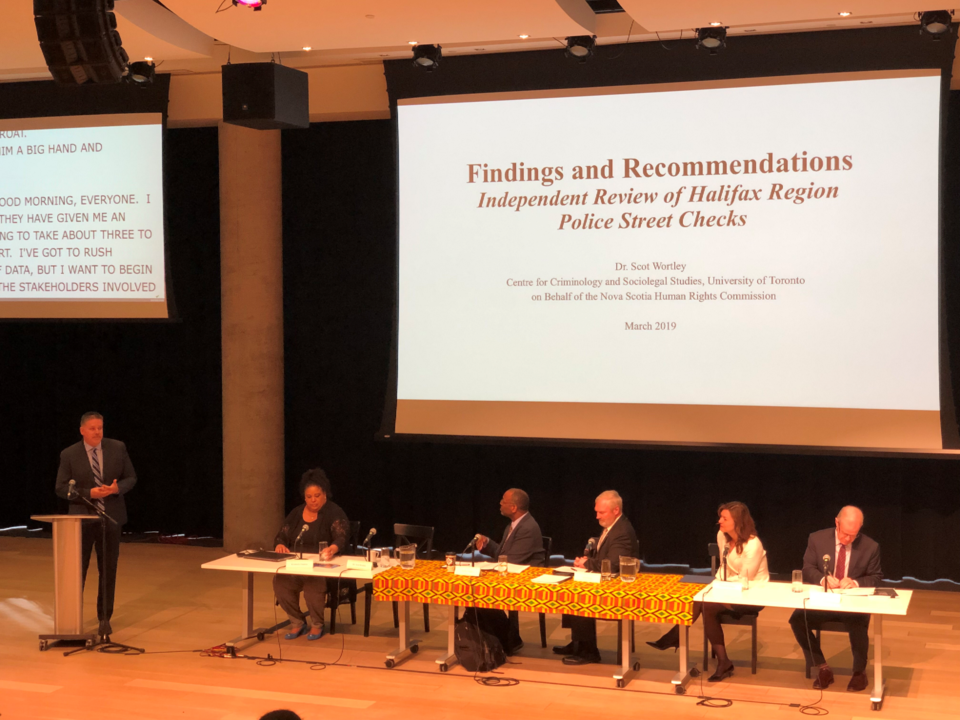 We could be learning more about the future of street checks in Nova Scotia today, as earlier this week provincial Justice Minister Mark Furey announced he's expecting to have a decision on the practice by the end of the Legislature's spring sitting.

According to the Opposition, that could be as early as today.

After last month's report from Dr. Scot Wortley, Justice Minister Mark Furey ordered police to stop using quotas for street checks while conversations were held with stakeholders and others to make a decision moving forward.

On Monday during committee, Furey said he planned to take concrete action in an announcement by the end of the session.

Progressive Conservative Justice Critic Tim Halman telling NEWS 95.7 his sense is we'll hear from Furey today, and he hopes to see a moratorium on street checks

"My caucus colleagues and I, we were convinced that a moratorium was necessary, and for the government to ensure all Nova Scotians, they've gotta get moving to ensure they're afforded the equal, respectful, and professional enforcement of the law," says Halman.

He doesn't want this to be political, adding he'll be happy to see the Minister take a strong stance.

"Concrete action has to be taken, there has to be a more trusting relationship between police and the community," says Halman. "I think the whole province is gonna be watching to see whether or not Minister Furey and the Liberal government make an announcement."

Dr. Scot Wortley's independent report, conducted on behalf of the Nova Scotia Human Rights Commission, and released in March, revealed black people were six times as likely to be stopped by police compared to white people.

Halman says that could not make the situation any more clear.

"Change is necessary, and we all know the status quo isn't an option when it comes to this issue," says Halman. "So we wait for this announcement."

In the street check report, Dr. Wortley described some of the potential benefits of a ban including great symbolic value to the black community; preventing the misuse of historical street check data; and a reduction in the number of unwanted police interactions all without having a substantial impact on the ability of police to do their job.

He outlined some of the potential limitations of a street check ban, saying it "might not impact racial disparities in police stop, question and search activities [...] a ban on street checks is not a ban on police stops." As well, Wortley said it would not be well received by law enforcement officials, and might reduce transparency by "limiting data on police-civilian encounters."

To that last point, Wortley said a major reason we know about the outsized impact on the black community, is because of this data recorded by police themselves and provided to him for analysis. While he acknowledged the negative impact on the community of street checks, he cautioned that an unintended consequence of officially ending the practice might result it in going 'underground' where it would be more difficult to monitor.

That would make it harder to generate concrete evidence supporting any concerns or claims by the public, according to Wortley. When challenged by African Nova Scotian members of the audience at the report release in March on that opinion, he said the data is not meant to convince the black community of the truth of their claims - since they already have that lived experience - instead, the data is used to convince police officials, and other members of the public.

One of 9 new COVID-19 cases announced Friday at Bedford South School
Nov 27, 2020 2:54 PM
Comments
We welcome your feedback and encourage you to share your thoughts. We ask that you be respectful of others and their points of view, refrain from personal attacks and stay on topic. To learn about our commenting policies and how we moderate, please read our Community Guidelines.