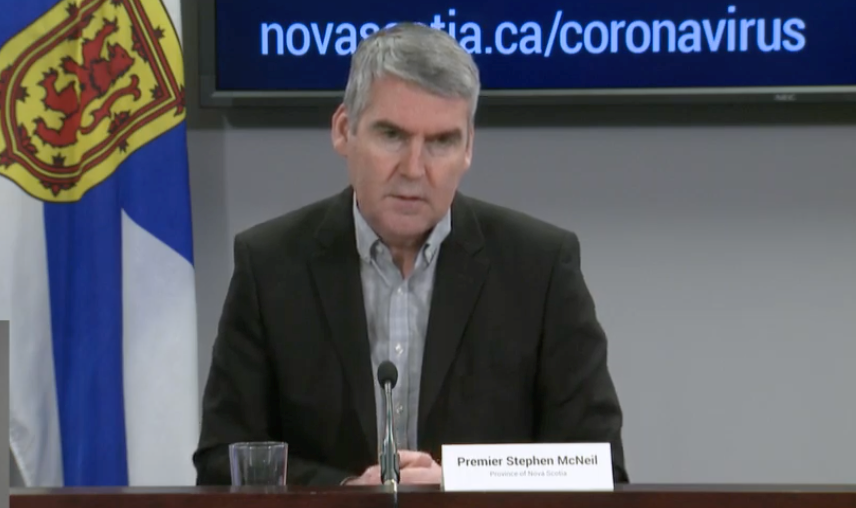 Premier McNeil speaks at a livestreamed teleconference on March 22, 2020.

On Sunday, March 22, Premier of Nova Scotia Stephen McNeil declared a state of emergency for the province due to the spread of COVID-19.

McNeil said that over the weekend, he has seen a large number of people gathering in public parks, at beaches, and at social gatherings.

The Premier told the public this was unacceptable and the province was moving to enact and enforce more strict measures.

"This decision was not made lightly," McNeil said.

As of Sunday, the province of Nova Scotia will be limiting gatherings to no more than five (5) people.

The government has also closed provincial parks and trails.

The Premier said Nova Scotians are still permitted to go grocery shopping or for walks in their own neighbourhoods, provided they are careful about social distancing.

Minister of Justice Mark Furey told the public that police would now be authorized to enforce social distancing, including issuing summary offense tickets and fines.

"The fines are for individuals found in breach of the order, $1,000 for each fine, each day," said Furey.