One of two great white sharks tagged by researchers near Hirtle's Beach earlier this week has started pinging
Sep 27, 2018 9:53 AM By: Meghan Groff 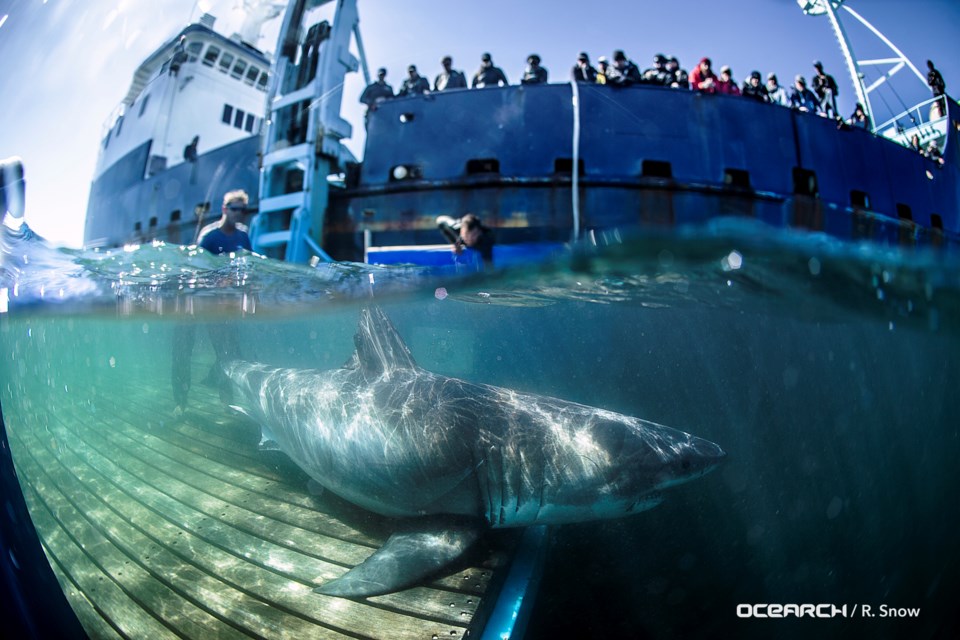 One of two great white sharks tagged by researchers near Hirtle's Beach earlier this week has started to be tracked on the OCEARCH website.

Early Monday afternoon the team was able to bring Nova aboard their vessel and attach a SPOT tag to his fin (see video below).

In an interview with HalifaxToday.ca Sunday, expedition leader Chris Fischer said the sharks will be detected any time their fins are above the water for more than 30 seconds.

The male great white is approximately 11 feet long, was the first shark tagged by OCEARCH in Canada, and was named for Nova Scotia.

The 12-feet 7.5-inches long male has not yet surfaced long enough to be detected.

Watch video provided by OCEARCH of Nova being tagged below.

Note: the video does not have any audio.