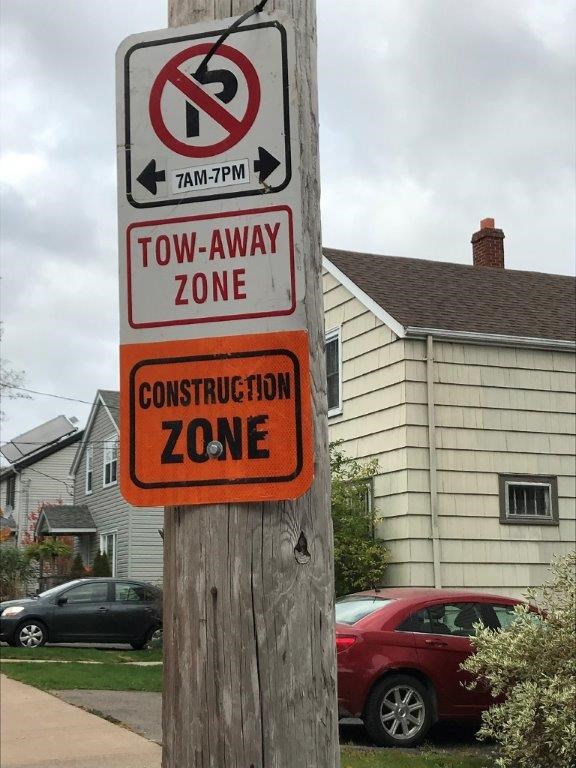 Construction has been causing headaches for many in Halifax, but for one North End resident, it's going cost him over $150.

The man, who asked not to be named, says he woke up one morning, only to find his car had been towed.

He says construction on his street has blocked off entry into his driveway for him and his neighbours.

He began parking on the street as a result, but says that didn't do him much good.

"Last Friday morning, I come out to find car has been towed," he said. "So I just find it ridiculous that I can't park in my driveway so I park in the street - the next logical option - and then my car is towed. So I'm frustrated at that."

All in all, with cab fare and the towing fee, he says he had to spend upwards of $170, all because he couldn't park on his driveway.

But according to municipal spokesperson Brenden Elliott, it's the resident's obligation to pay that bill.

"And in this particular case there was no parking, and from our indication, he was parked in a zone that was clearly marked as no parking," explained Elliott.

Elliott says the equipment being used for construction on the street costs around $1,000 per hour, making it critical the work not be delayed.

The resident says he will be lodging a formal complaint on the matter.

Driver charged with stunting on Highway 102 in Fall River
Jan 28, 2020 1:18 PM
Comments
We welcome your feedback and encourage you to share your thoughts on this story. We ask that you be respectful of others and their points of view, refrain from personal attacks and stay on topic. To learn about our commenting policies and how we moderate, please read our Community Guidelines.