'It is really exciting for the crew and especially for the pilots who are intercepting Santa to confirm that visual identification, you can really hear the excitement in their voices when they roll in on Santa'
Dec 24, 2017 7:00 PM By: Chris Dawson 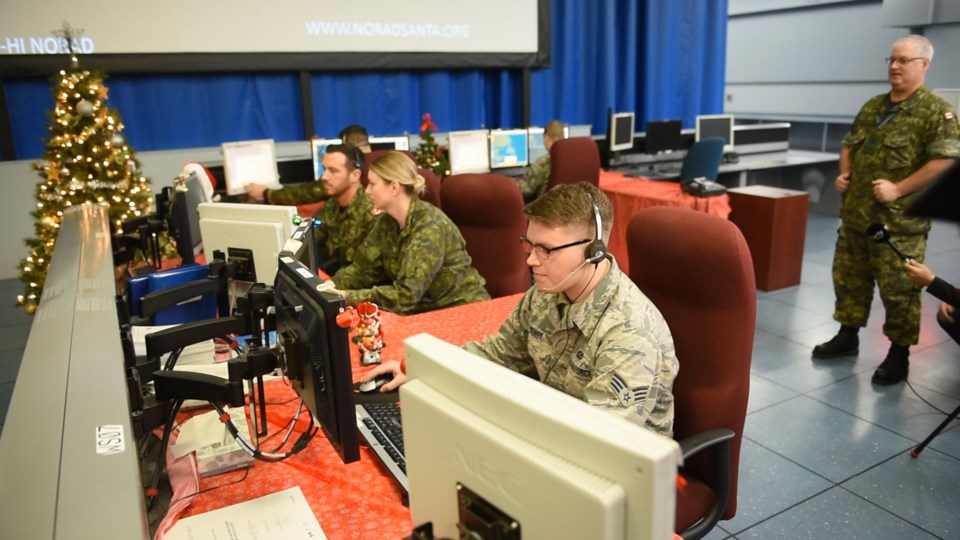 It’s become a tradition for flight crews and technicians here at the NORAD Facility in CFB North Bay.

Every December they prepare for an amazing mission - Tracking Santa Claus on Christmas Eve.

The Charlie Flight Crew has been training for this day for the past month.

Major Kathleen Leaton is the commander of this 2017 Santa tracking mission.

“It is really exciting for the crew and especially for the pilots who are intercepting Santa to confirm that visual identification, you can really hear the excitement in their voices when they roll in on Santa,” said Leaton.

Crews like the Charlie Flight Crew with NORAD, have been tracking St. Nick’s journey with his sleigh and reindeer (and of course lots of presents!) for more than 60 years now.

What they know from experience is that traditionally Santa and his reindeer enter Canada from the East Coast and when they notice his track on radar, fighters are scrambled from a northeastern Canadian Air Base, likely CFB Goose Bay to guide St. Nick through Canadian airspace.

Americans and Canadians work together at this NORAD facility.  Major Leaton says Santa will also traditionally drop his presents off in Canada first, which she insists does not cause any Christmas envy for the Americans at this Canadian Forces base.

“Santa doesn’t file a flight plan but we do know based on time zones he is more likely to visit Canada first but we are a BiNational command here, we are working as a team so there are definitely no hard feelings but he makes his way across the Eastern seaboard before heading West,”  she said.

About the Author: Chris Dawson

Chris Dawson has been with BayToday.ca since 2004. He has provided up-to-the-minute sports coverage and has become a key member of the BayToday news team.
Read more