Nocturne reflects the change in the city 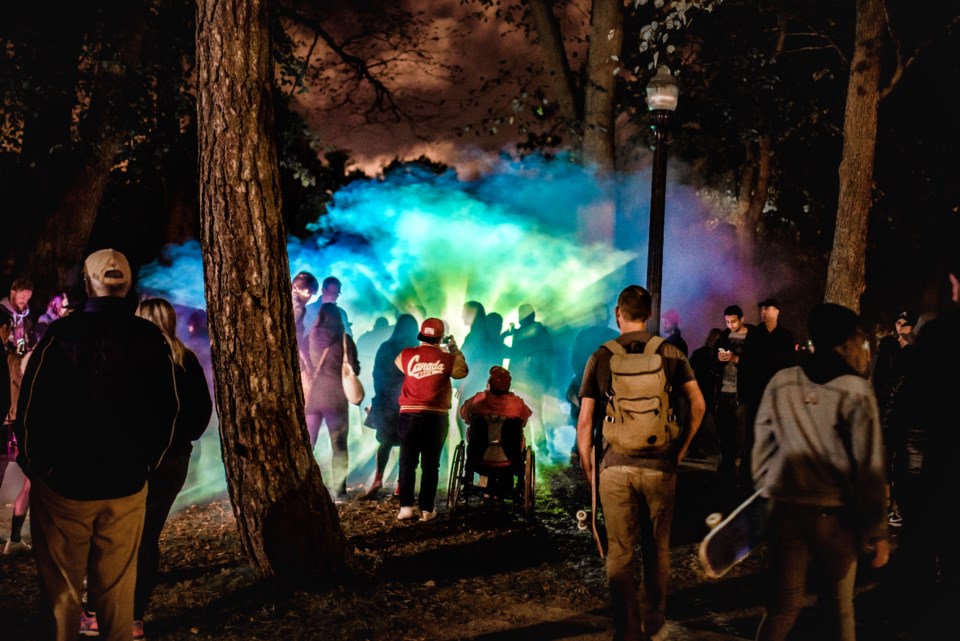 The curator of 2019’s Nocturne will showcase the transition of HRM as Nocturne begins Saturday.

“It’s always a little nerve-racking, but I think everything’s going to go well. This feels a bit like Christmas Eve for me,” she said. “There are a lot of little details to look out for, and I relied on teamwork to get this done. I’m so grateful for the Nocturne team, and the people of Halifax. This has been a work of the community.”

Fleming, the director of programming at the Centre for Art Tapes, specializes in media arts. She and not-for-profit Nocturne asked artists involved to create art regarding the way the city has changed, and comment on how structures in politics, the environment and physical structures define our world.

A beacon artist line up is made of people who successfully applied to be a part of the festival.

“I’m so excited about the line up. The anchor artists I invited were my dream list, and pretty much all of them said ‘yes’. I couldn’t be happier,” she said.

“I’ve been working on this since February, and now seeing artists fly in, waves of activity, and their work is so exciting. It’s hard not to pull people off the street and tell them the route they should take on Saturday.”

In a show where Fleming attempts to show how artists feel about the changes in our city, September’s Hurricane Dorian caused a construction emergency in the South End. A crane toppled into a building on South Park Street during the hurricane, and over a month later, it’s still being extricated.

The provincial government announced Wednesday a local state of emergency is on for the second time to allow for the safe removal of the crane from the building.

“We are making progress and are extending in the localized state of emergency to ensure the continued safety of those working in the area,” said Chuck Porter, minister responsible for emergency management, in a press release.

“We know this has been an extremely difficult time for those who have had their lives and business disrupted by this incident.”

While the timing is ironic, Fleming gives little credence to the accident in the context of her show.

“Everyone wants to ask me about this crane,” she laughs. “It’s definitely a moment in time, and the city looks nothing like it did two years ago. It will look different again in two more years. Intense change can be nerve-racking, and can bring anxiety around the city.”

“There have been incredible changes that have made an impact, including the Halifax Central Library being built. We see never-ending growth into the sky, and it causes people to think about how that relates to our identity as Maritimers. We see ourselves as small-towners, but we do live in a big city.”

The theme also discusses climate change and how that affects our environment, a timely proposition given the events in Halifax lately. Protesters from Extinction Rebellion were arrested on October 6 during a demonstration that shut down the Macdonald Bridge. There was also a protest at the legislature and Nova Scotia Power on Sept. 27.

“With climate change, the issues can be scary to think about. If our climate isn’t permanent, it can’t be that hard to rally change. When considering the demonstrations, we can also see power is a temporary structure too. It’s all coincidence, but Nocturne is in the middle of the federal election, and there’s a dizzying cyclone of change around us,” she said.

Fleming says she’s excited for Nocturne 2019 and thankful for the opportunities she’s been given.

“There are so few limitations when you work with Nocturne. The whole city is our gallery, and there’s so much space visually and conceptually. It’s so playful and fun, and I hope people see that when they go out.”

The free annual Nocturne Festival begins its main event at 6 p.m. on Saturday, October 18. For more information, visit this link.