Last year, Halifax Regional School Board had its highest number of snow days but spokesperson Doug Hadley said these changes are not related
Nov 20, 2017 2:30 PM By: Meghan Groff 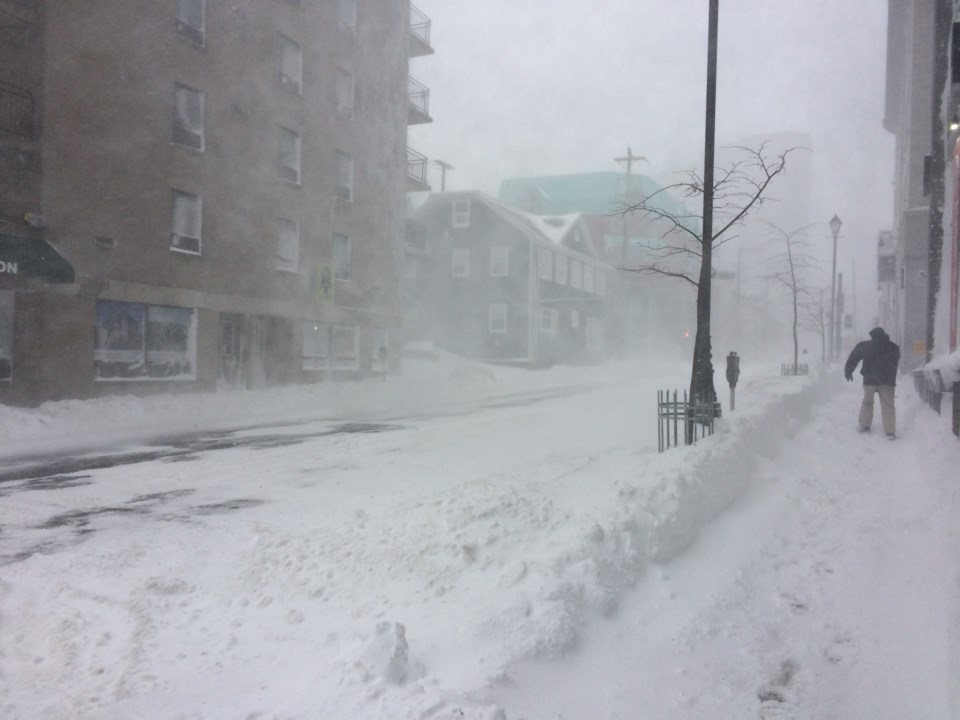 A man walks down a downtown Halifax street during a blizzard. (Meghan Groff/HalifaxToday.ca)

The Halifax Regional School Board is adding a couple of new options when bad winter weather hits.

Board spokesperson Doug Hadley said one is the potential of delayed openings.

"If there are days where we feel we just need some more time to allow the roads to get better cleared...we'll look at opening schools two hours later than they normally would," he explained.

Hadley said the other option is an early dismissal, where walking students will go home during their regularly scheduled lunch hour, which is the board's current policy.

"But with regards to students who are being bused, we will be having those students picked up two hours earlier than they normally would, so that should stagger the dismissal of bus students across the system," he said. "That hopefully will lead to a smoother dismissal instead of having all the students picked up at once."

Last year, the school board had its highest number of snow days, with classes being called off 9.5 times, but Hadley said these changes are not related.

"We are introducing these options because we want as many options available to us on days when there's inclement weather, they may never be used" he said. "I don't want people to think that just because these options are available that this is now going to become the norm."

Halifax Regional School Board said they will still aim for a 6 a.m. announcement on snow days after checking weather information, including radar, satellite imagery, real-time road conditions and weather warnings. They also discuss forecast details with a meteorologist, Stock Transportation which runs the school buses, and municipal and provincial transportation staff.

If the weather deteriorates, or is forecast to get worse throughout the morning, they could make an announcement of an early dismissal at around 11 a.m.

The school board add parents and guardians always have the right to keep their child at home if they feel travel conditions are not safe.