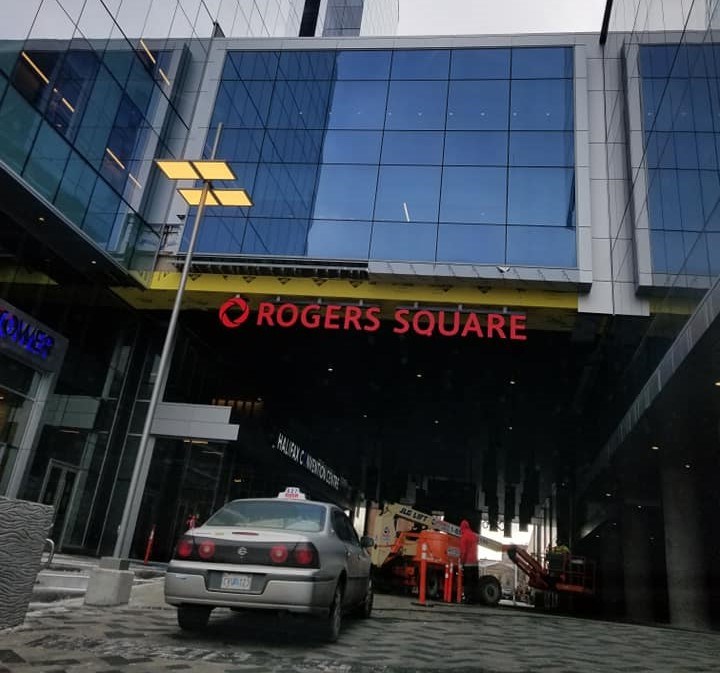 Former Maple Leaf Darcy Tucker is in Halifax this weekend to bring business to a new Rogers store downtown.

Tucker was at the store Friday evening and Saturday morning signing autographs and meeting fans. He said the store wasn't very busy, but when he showed up a crowd of fans came as well.

He joined NEWS 95.7's Todd Veinotte to talk about his lengthy career in hockey and the NHL.

While some of his colleagues didn't like the attention or the 'fame', Tucker says he loved it.

"If you're gonna play for a franchise like Toronto, you've gotta be in it. You've gotta love it," he said.

"There was several players that could've made a career out of playing in Toronto but just didn't like the limelight," he continued.

Tucker is now a Community Relations Ambassador for the Leafs and the Scotiabank Centre in Toronto, and travels the country doing community outreach.

He misses playing the game, but is happy to still be around it.

"For us, it was amazing. The feeling, the culture, the opportunity was a lifetime experience for me."

Tucker will be back in Halifax in April for a Hockey Heroes Weekend, organized by the Heart and Stroke Foundation, where people will be given a chance to play a game with him on their team.

Rogers Communications is a partner of HalifaxToday.ca.