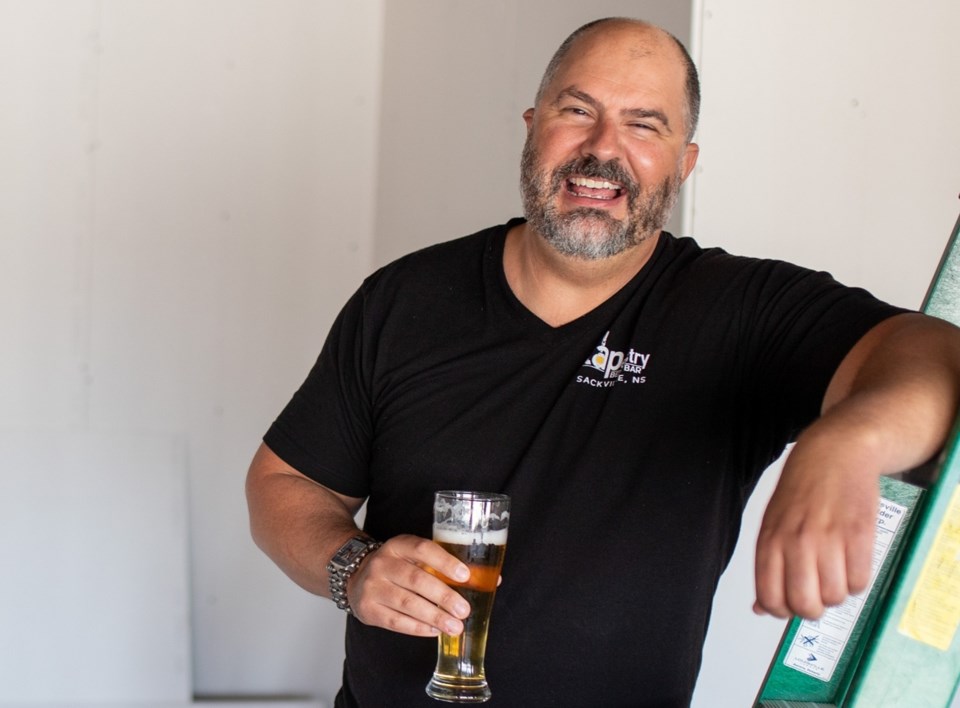 Ian Smith is really counting on the province to hold true to its proposed date of June 16 to launch Phase 2 of Nova Scotia’s reopening.

After all, not only would it be another great step towards further loosening of restrictions imposed by COVID-19, but it would give the Smith the opportunity to finally open his long-awaited taproom.

A project Smith began working on in the latter part of 2019, TAPestry Beer Bar is now aiming to throw its doors open on June 18 as HRM’s latest taproom dedicated to local craft beers.

“There are a lot of box stores that kind of answer to Coors Light and to InBev (makers of Budweiser) but there’s no real place to get craft beer,” says Smith of the need for such a pub in the Sackville-area. “I like my beer to taste a little bit better than ordinary tap water.”

However, it wasn’t just the pandemic that slowed Smith’s business plan. Even before COVID-19 came to the province, the would-be bar owner says he was particular about his prospective pub’s placement.

“Finding real estate in Sackville is challenging because back then there wasn’t a whole lot being built around here,” recalls Smith. “So I needed to look for vacant places that had just come onto the market but a lot of them are older, a lot of them are just in run-down strip malls around here so while the rent was appealing, it just wasn’t what I was looking for.”

Once the pandemic hit in March of 2020, Smith was forced to step back from his search. While he worked on other aspects of the beer business, he started considering broadening his scope outside of Lower Sackville until opportunity simply landed in his lap.

“Somebody was moving out of their space — they were breaking lease — and another place had closed because of the virus,” says Smith of his location at 833 Sackville Drive. “So I was able to sneak in there before the place was even going to market.”

Smith jumped on the location and knocked down the wall separating the two units, opening up enough space for a 2,050 square foot bar in order to exclusively deliver Nova Scotia product to thirsty customers.

“The majority of the beers are from outside of the city. It’s my opinion that Garrison and Nine Locks and Propeller, they don’t need my help,” says Smith of the 17 beer taps plus three additional cider taps devoted to local brewing companies. “I’m a champion for the smaller breweries from outside the city that don’t have a voice here in HRM. So I’m giving those guys an opportunity.”

With more than half of those taps being rotational, Smith aims to provide plenty of local choice. He is also planning to eventually provide one of those taps as a TAPestry brand beer but that’s a project for down the road.

“It’s hard because there’s a lot of brew companies that want to help me out,” says Smith. “(But it would require) a pretty sizeable batch so I’m working on finding a company that is willing to do that with a pretty small batch system so it’s still in the works.”

For now, Smith will focus on the Phase 2 reopening and trying to establish TAPestry as Lower Sackville’s premier local craft taproom over the remainder of the summer. While Smith is sure he has a hit on his hands, he is also thrilled by the warm welcome he has been receiving from the local craft beer industry.

“One thing that I really, really love is the community,” says Smith. “You talk to any beer company here in Nova Scotia and they’ll talk highly of every other brewing company. To them, it’s not competition, it’s just family — it’s one big community.”