The Halifax Port Authority has also been working on extending the south end terminal so it has the capacity to accommodate two ultra-class ships at a time
Jun 29, 2020 5:17 PM By: Meghan Groff 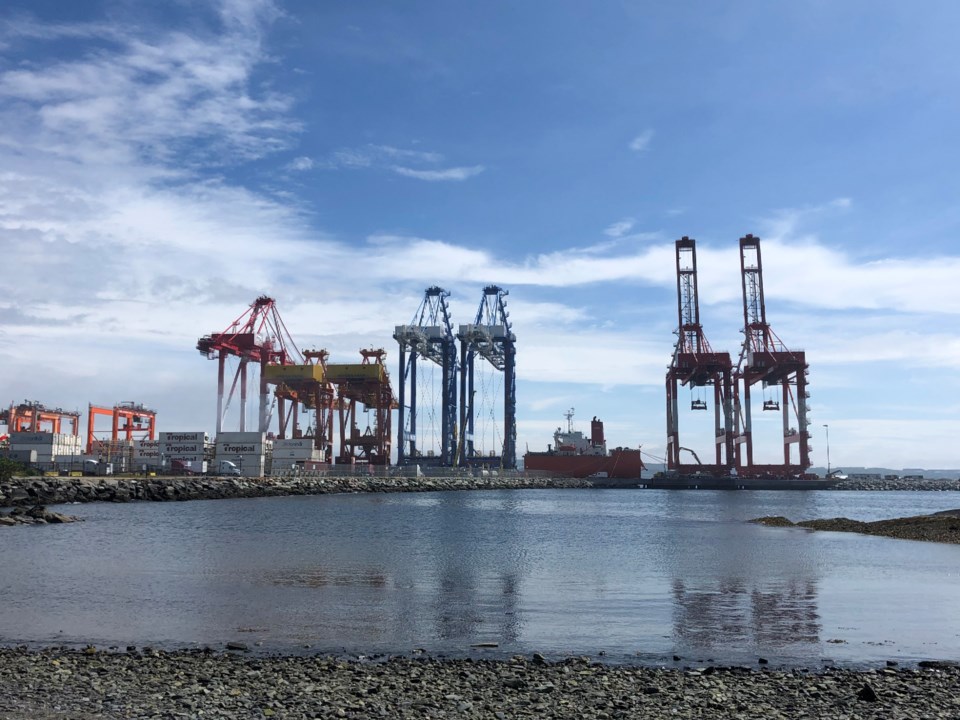 "The existing [cranes] I believe can span across 22 containers on a vessel, and this new one, when it's up and running, will be able to span across 24," said Port of Halifax spokesperson, Lane Farguson.

The shipping industry is building larger ships and Halifax is the only container terminal in Eastern Canada that can handle the ultra-class vessels.

"These are the largest container vessels that are calling on the East Coast of North America and there's only a few ports that have the necessary infrastructure to berth and serve those vessels, and Halifax is one of them," Farguson explained.

"We're a naturally deep port and we have the big cranes on the terminals that can reach up and across."

The Halifax Port Authority has also been working on extending the south end terminal so it has the capacity to accommodate two ultra-class ships at a time.

"It's now just about complete and the arrival of this crane is one of the last pieces in that terminal expansion, so both of those pieces work together," said Farguson.

"Having the necessary berth length and the necessary topside infrastructure, like great big cranes, certainly helps when we go out to the world and sell Halifax as an efficient and reliable port of call for these container shipping companies."

The ship that brought us our crane has other deliveries to make.

"The crane itself was built in China, loaded onto this specifically-designed vessel to transport it across the world and there were other cranes on board as well," Farguson said. "They will be delivered to the ports that ordered them."

One of 9 new COVID-19 cases announced Friday at Bedford South School
Nov 27, 2020 2:54 PM
Comments
We welcome your feedback and encourage you to share your thoughts. We ask that you be respectful of others and their points of view, refrain from personal attacks and stay on topic. To learn about our commenting policies and how we moderate, please read our Community Guidelines.