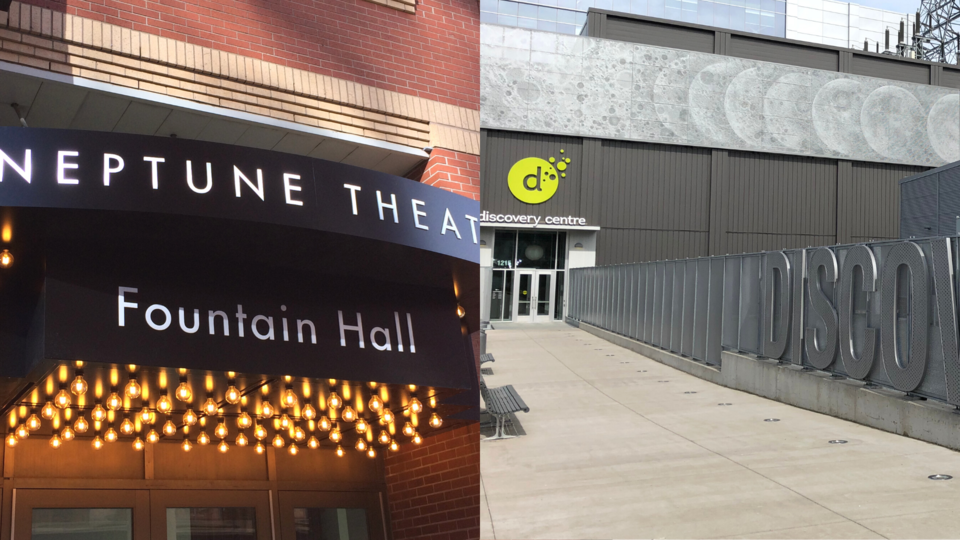 A partnership between Neptune Theatre and the Discovery Centre is creating virtual PD Day camps for children interested in arts and science.

The camps, open to children aged seven to 12, will be hosted over Zoom and have a morning session from 10:30 a.m. to 12 p.m. and an afternoon session from 1 p.m. to 2:30 p.m. Children will participate in activities revolving around drama, storytelling, science and technology.

“Just the idea that science and arts don’t have to be separate, and actually building off of each other, we see this as a great potential for our education,” Laura Caswell, Neptune Theatre’s education director, tells NEWS 95.7’s The Todd Veinotte Show.

Camps will include themes such as Dungeons & Dragons, video games, witches and wizards and a superstar theme.

Another camp is a Frozen-themed camp based on the Disney animated film. Caswell says participants will create and act out characters from the film in the morning while in the afternoon they’ll partake in ice and snow experiments.

“It’s really cool, the kids have a lot of fun,” she says. “Another wonderful thing that we found happened was it was incorporating people from all over the province. So, you get to make new friends and maybe some people who don’t always get to experience things with Neptune or Discovery Centre can do that via Zoom.”

The availability and schedule of the camps will depend on the participants' school district. Currently, Caswell says the organizers are working on including the French school districts.

“Students will need a parent or guardian at home at the same time just to make sure that everything is going well,” she says. “But we find that kids really are getting really good at the Zoom technology. They will need a tablet or a computer and a pretty good internet connection.”

On top of the virtual classes, Neptune Theatre is offering in-person PD Day camps with similar themes starting in December. Students will be split into two groups with staggered drop-off and pick-up times.

“We’re really curious to see where this could all go,” she says. “This is all like a beginning, a catalyst. I love the idea that maybe one day when everyone’s feeling more comfortable going out, you come to Neptune and you do a class and then you walk down the hill to the Discovery Centre and you do another.