Neighbours question section of park planned for urban farm use

Urban farm officials had expected to use the park’s north end; traffic staff at city hall switched the gardening plots to the south side due to safety considerations
Mar 16, 2019 3:40 PM By: Michael Lightstone 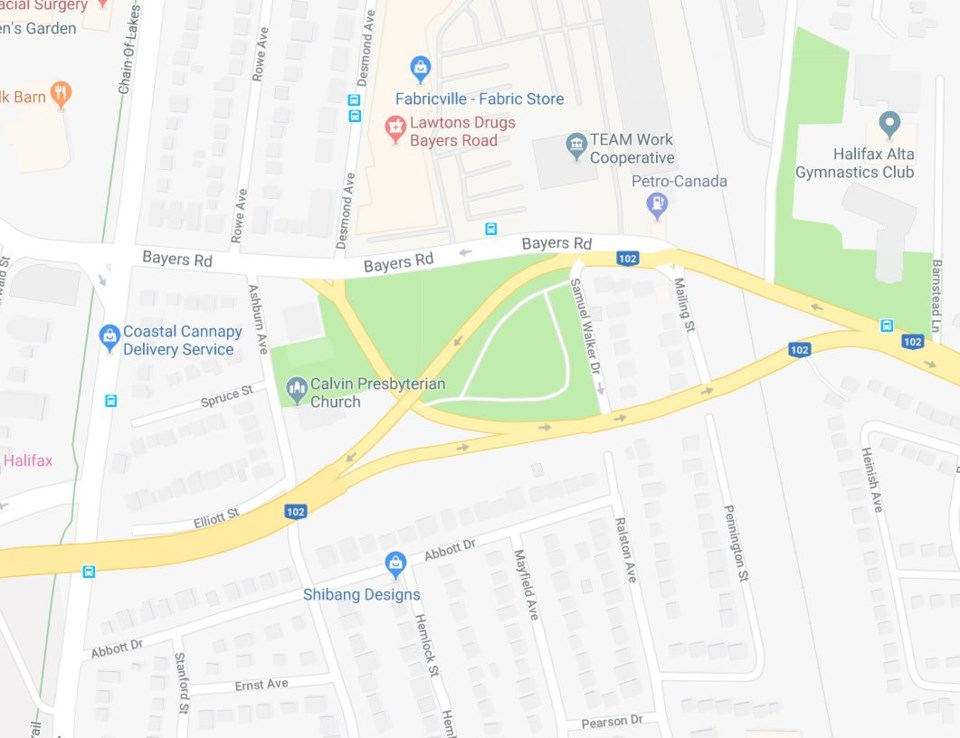 Bi-Hi Park, on Bayers Rd. near the ramps for Highway 102, will be the new home of the Common Roots Urban Farm (Google Maps)

Neighbours living by a Halifax park that’s soon be home to a relocated community garden are unhappy with how they say city hall handled the move.

They say they weren’t consulted, and have planned a meeting for Monday evening to discuss their opposition to where garden beds are to potentially occupy a portion of the parkland.

Local resident John McCarthy said the relocation of the Common Roots Urban Farm to part of a public green space just off Bayers Road, from its former home next to the Queen Elizabeth II Health Sciences Centre, is a concern because that section of the park is used much more than the originally-designated spot.

He said residents support community gardening but are objecting to the planned specific location of more than 100 garden beds.

“We oppose . . . the potential move of the farm to the south side highly-used, multi-use park/green space, rather than the originally-proposed spot on the north side of the park,” McCarthy said in an email Friday.

Urban farm officials had expected to use the park’s north end; traffic staff at city hall switched the gardening plots to the south side due to safety considerations.

Community garden participants are intending to shift over to the new site in early April. Halifax council authorized the move-across-town project on March 5.

A garden spokesman said recently plans call for about 140 of the urban farm’s roughly 190 garden plots placed at the new site, called Bi-Hi Park. City hall committed some resources to help with the move.

According to the local councillor, most of the park will not have garden beds since Halifax’s community garden agreements allow for a maximum of five per cent of a municipal park to be used.

In an interview Saturday, McCarthy’s wife, Stacey, told HalifaxToday.ca “that five per cent will most likely be directly in front of our houses, because that’s the only part of the park on the south side that’s flat and it doesn’t flood.”

The McCarthys live on Samuel Walker Drive and have been there 15 years.

Asked about the residents’ lack-of-consultation complaint, Stacey McCarthy said neighbours she’s spoken with were unaware of the park’s south end potentially being used for community gardening.

She said she learned of developments surrounding the urban farm’s relocation mostly from media reports.

“It’s pretty upsetting for us to find out that all these decisions had been made without any consultation whatsoever,” said McCarthy.

Coun. Shawn Cleary (Halifax West Armdale) said the preferred north section location was changed because “the Halifax Traffic Authority believes that area (to) be less safe and (it) said the garden should be . . . in the section of parkland beside Samuel Walker Drive.”

The community garden had to be moved from the QE II’s site due to the hospital’s expansion plans. Common Roots Urban Farm decided on Bi-Hi Park, (also known as Ralston Park), after an 11-month search.

A city staff report says the park’s size is about 1.4 hectares. It’s smaller than the old garden site at Robie Street and Bell Road, where Queen Elizabeth High School stood for decades before it was demolished about eight years ago.

Cleary plans to be at Monday’s meeting, he said in an email. He said the community garden’s users and residents can enjoy a neighbourly co-existence.

“I will be meeting with residents, parks and traffic staff to see if there are things we can do to minimize negative impact to the community and make it safer to cross Bayers (Road) and allow the Common Roots Urban Farm to utilize their originally-desired north side” of the green space,” said Cleary.

A community engagement session was held at a local church a few days after council approved the move, to share information and plans, and to listen to any concerns neighbours might have.

An urban farm spokeswoman has said many of the community garden’s users live in the Fairview-Clayton Park district, which isn’t too far from Bi-Hi Park. Users include new Canadians, students, retirees and young families, she told CBC News last October.

Dave Rideout, the agency’s president and CEO, said the exact siting of garden plots remains a bit of a question mark.

He acknowledged folks in his organization, like the residents, preferred a north-end location in the park and were surprised when traffic staff instead targeted the south side.

“My goals (are) to have this area reap as many of the positives that could come from the Common Roots Urban Farm in this neighbourhood,” he said.

Rideout, too, would like to see a mutually beneficial outcome.

“We want to try to enhance the neighbourhood and not take things away,” he said. “And we want to make sure we have a great relationship with the new neighbours.”

John McCarthy said “I have a real hard time believing” urban farms help increase home values. He said having a community garden right across the street is a quality-of-life issue for him, his wife and their neighbours.

The McCarthys’ next-door neighbour, Greg Bethell, stressed residents “do support the program” provided by Common Roots Urban Farm, and fully agree with placing the garden on the park’s underutilized north side – but not the south.

He said the south end not only presents flooding issues, there are traffic/pedestrian safety matters there, as well.

“It needs to go where it makes the most sense for the folks that are using it,” Bethell said.