"A ticket is something we have in our back pocket but only something we use if we need to," says city spokesperson Brendan Elliot.
Oct 18, 2018 11:49 AM By: Katie Hartai 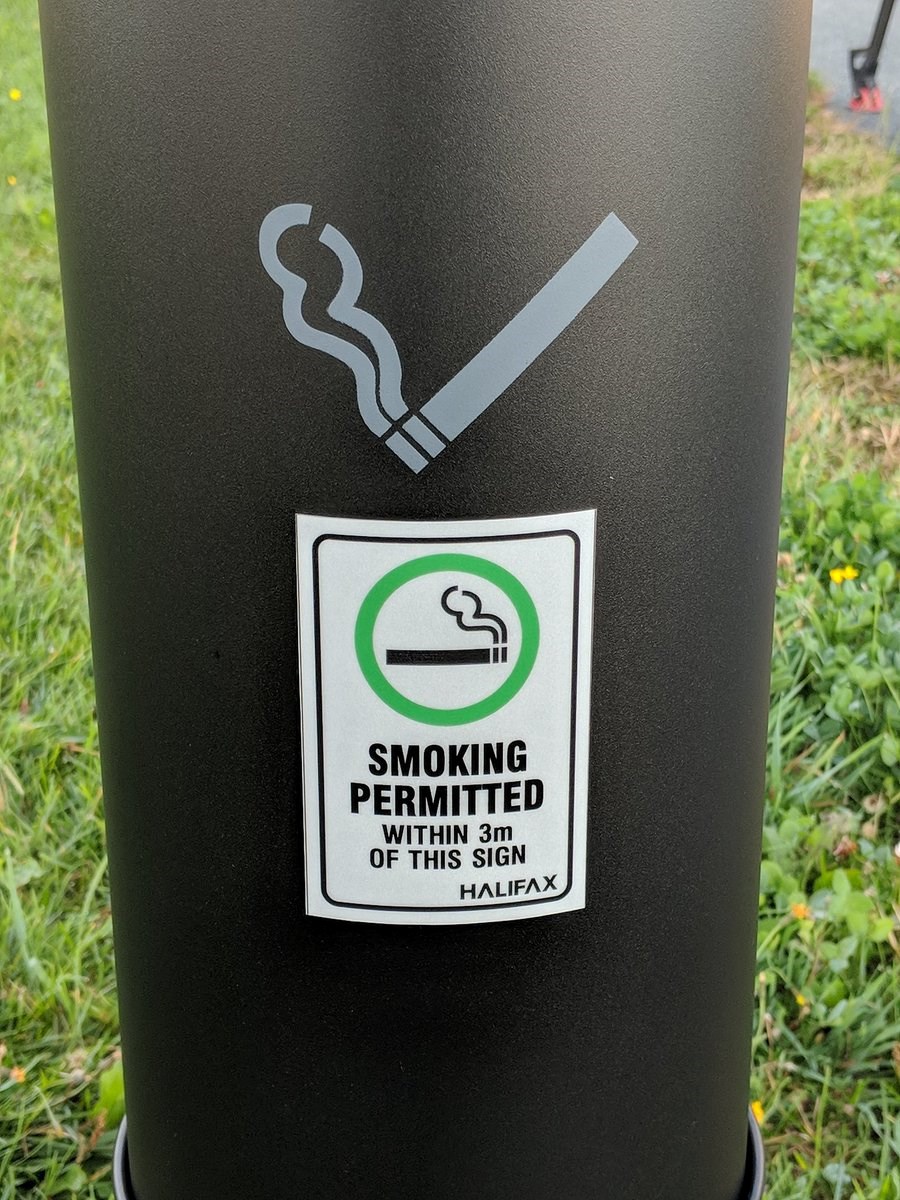 A photo of one of the designated smoking markers at Lacewood Terminal in Halifax. (Mark Hodgins/HalifaxToday).

There have been 18 calls to 311 to complain about people lighting up outside of designated smoking areas since the city's new smoking bylaw came into effect on Monday.

City spokesperson Brendan Elliot says the complaints can continue to roll in, but HRM doesn't plan on handing out any tickets at this time.

"There isn't going to be a certain date when suddenly we will start issuing tickets," he says. "That's not the way compliance officers work."

Elliot says the goal in all bylaw enforcement is to get compliance.

Under the new bylaw, tobacco and cannabis smokers are banned from lighting up on municipal property, except in designated smoking areas - or DSAs.

As of Thursday morning there were more than 50 locations on the city's DSA online map.

Elliot says HRM will continue to add more locations as requests come in.