Rainfall, storm surge and wind warnings are all in effect for the Halifax area
Jan 4, 2018 5:48 AM By: Meghan Groff 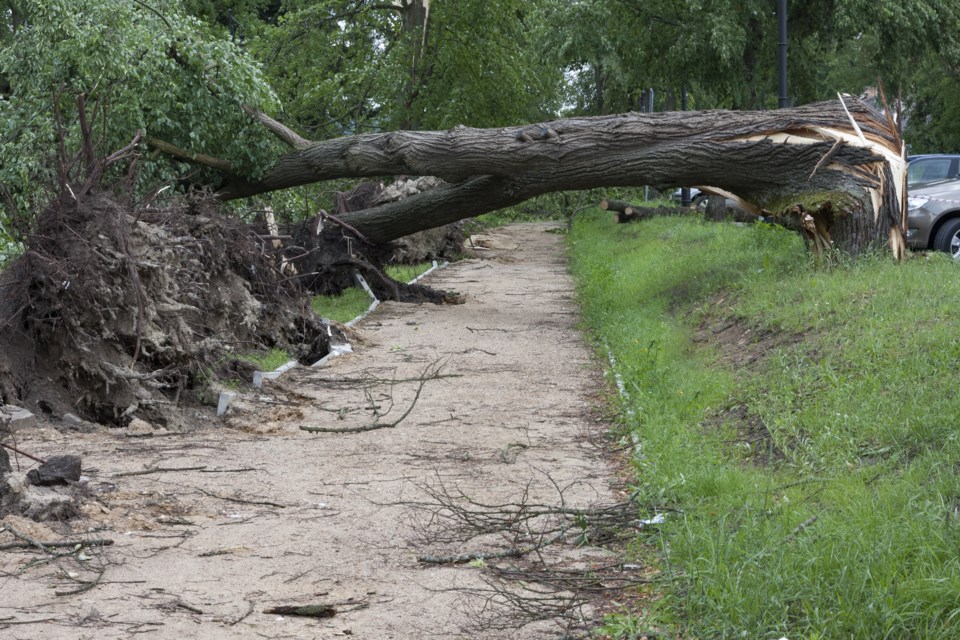 The rain has started to fall and the wind has picked up.

Environment Canada has ended their snowfall warning in Halifax, but the wind, storm surge and rainfall warnings remain.

Forecasters warn of very strong easterly winds gusting to 100 kilometres and hour, which could reach as high as 130 kilometres an hour over exposed areas along near the Atlantic coast.

They also say to expect very large waves and coastal flooding during high tide this evening.

Halifax Regional Municipality is recommending those who live in flood-prone areas, or locations with only one access point, to stay with friends or family tonight.

Comfort centres will also be established through the Emergency Management Office in select locations across the municipality as needed. Those locations will be announced in the coming hours.

The high winds have caused travel disruptions and other cancellations throughout the province and RCMP say they're busy responding to several crashes.

Darcey MacBain of the province's Transportation Infrastructure Renewal department says we lucked out by not getting the snowfall we were expecting, but black ice has been an issue.

"Here close to town, we're getting some icing on the cold roads as the rain falls on it," he said.

He said crews are reapplying salt that has been washed away by heavy rain. As the temperature rises, the ice should go away in the Halifax area, but he expects it to return overnight.

Power outages are plaguing the municipality, with over 14,000 customers in the dark as of 2:30 p.m.

Nova Scotia Power's Tiffany Chase said, right now, most are due to something called "salt contamination."

"That can occur when we have a combination of a certain type of temperature, like warmer temperatures, a lot of moisture in the air, as welll as the windy conditions we've been seeing, salt begins to accumulate," she said. "It can cause electrical arcing, or sparking, that can lead to outages."

Cst. Carol McIsaac of the Halifax Regional Police said during the Christmas Day storm, many people called 911 to report power outages and downed trees, but she said most of those calls should be going to Nova Scotia Power.

"A downed power line, don't approach it, but do call Nova Scotia Power to report it," she explained. "If you do believe that it could cause a threat to personal safety, then you would call 911."

The utility will be opening its payment depots across the province, including its head office at 1223 Lower Water Street in Halifax, so those who have lost power can warm up and recharge their devices.

Customers can report outages or get estimated restoration times by calling Nova Scotia Power at 1-877-428-6004. They can also check their online outage map.