Nadya-Lyse Paré is sparking a change 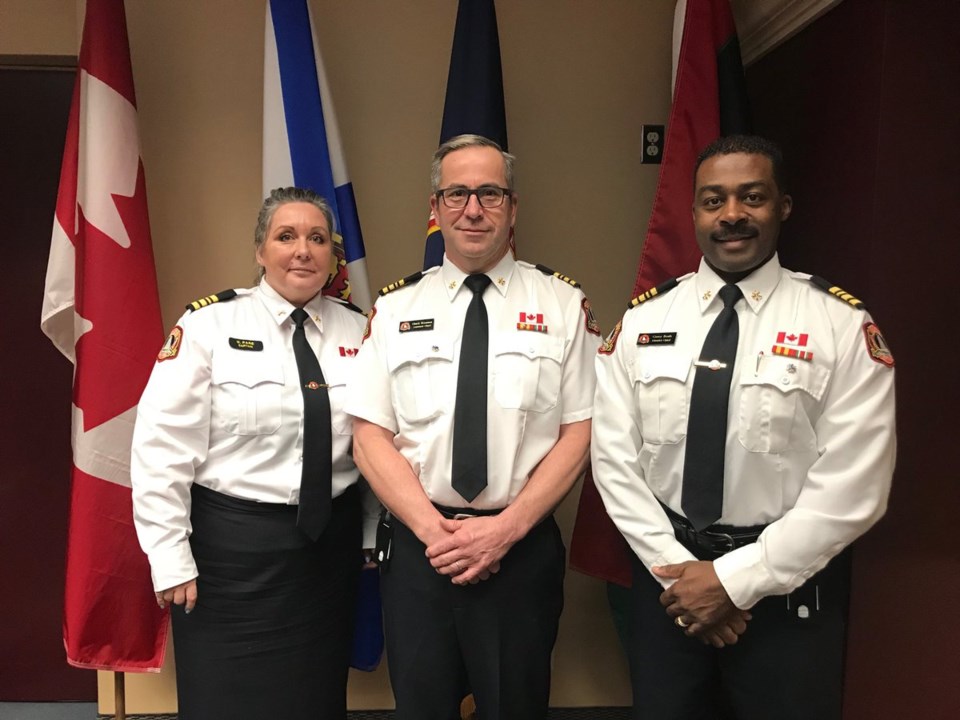 When Nadya-Lyse Paré first started working for Halifax Regional Fire and Emergency (HRFE) almost 25 years ago, she was one of the only women on the job.

In fact, she recalls, there was only one female career firefighter on the force prior to herself being hired.

Times were tough, she says. There was a lot of discrimination back then, and not just against women.

"It was very hard for anybody that didn't fit the mold to be accepted," she said in an interview with Halifax Today.

Paré says being a solutions-driven person, she decided to combat the issue of discrimination in her workplace head on.

"I was searching for ways of making the workplace better for myself, and then by default making it better for others as well," she said.

She noticed that while HRFE would have workshops and sessions on diversity and inclusion taught by outside HR companies, the lessons just weren't sticking.

"It was almost like two groups speaking a completely different language," she said. "They didn't understand the culture and therefore a lot of their instructions kind of fell by the wayside."

She approached her chief at the time with an idea to create a position for an internal diversity officer, a role she would ultimately fill. Funding was approved for her to go and learn the necessary skills.

She says her community outreach and diversity work has snowballed throughout her career. She has represented HRFE at a number of conferences, and even started taking her diversity trainings to other workplaces in the region due to popular demand.

Paré has also served as a member of the Nova Scotia Human Rights Commission's Partners for Human Rights, and volunteers her time with Camp Courage and Feed NS. She is also Justice of the Peace for the province of Nova Scotia.

Fast forwarding to 2019, Paré was recently promoted to the role of assistant chief on Jan. 29, along with two fellow firefighters, Corey Beals and Chuck Bezanon.

Her new position as assistant chief feels like winning a gold medal after a long race, she says.

"It's been a really long, hard battle to be heard sometimes," she said.

"I built a whole career to end up right here, and so for that to be recognized and for them to say: yes, we want you at the table, it's the biggest reward I could've gotten."

She hopes to use her new position to continue finding systemic issues within HRFE that make it less inclusive or less respectful, and "picking them off one by one."

"One of the things that I understood early is that if you have problems that are systemic, the solutions have to be systemic. It has to be systemic education, it has to be in everything we do," she said.

She hopes to make HRFE a more inclusive and welcoming workplace, both for those already working there and for those potentially considering it as an employer.

Part of that includes reaching out to marginalized communities and asking them what they need to see change, says Paré, and ensuring they have a voice at the table.

"I think that all of this in the end makes for a better service delivery for the citizens of HRM, the ones that we work for," said Paré.

She applauds the HRFE for appointing such a diverse management team. Although it took a long time, Paré says this is the "tipping point."

"This is the turn around point, where it's not tokenism; this is real," she said.

"The fire department actually wants to be a great employer and to have equity in this workplace and to get there at this time, is just the best feeling in the world."