More employers may be 'very much open' to working from home: HR expert

As the COVID-19 pandemic forced many to work from home, some employers are rethinking their policies and workplaces
Apr 18, 2021 5:15 PM By: Chris Stoodley 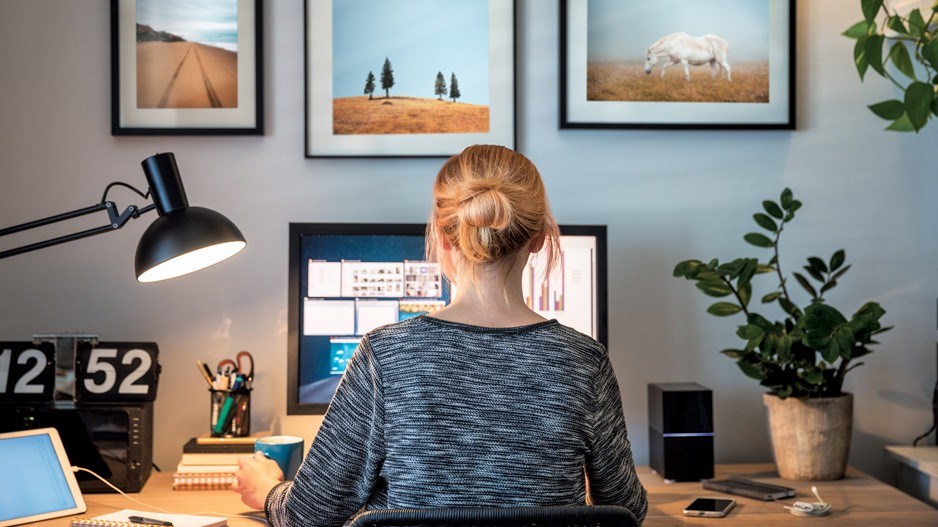 While some companies and employees may be excited to return to the office once the COVID-19 pandemic ends, a Halifax human resources expert expects more employers to become more inclined to adopt working from home.

A recent survey from global staffing firm Robert Half found 33 per cent of Canadian respondents currently working from home due to the COVID-19 pandemic are not interested in returning to their pre-COVID work life.

“I’d take a little bit of that with a grain of salt, but it does raise some really interesting points,” Gerald Walsh, who also founded Gerald Walsh Associates, said. “Because I think from an individual employee’s point of view, most people have found working from home generally to be good.”

In that same survey, 51 per cent said they'd prefer a hybrid model where they can divide their time between working from home and at the office.

For some who started working from home due to the COVID-19 pandemic, spending less money and becoming more productive has been beneficial.

For instance, people who work from home often spend less money on things such as transportation, parking, meals and clothing.

Working from home also offers some people more convenience where they can do laundry, clean and prepare certain things — such as meals — at home.

“A lot of people do like it, surprisingly,” Walsh told NEWS 95.7's The Rick Howe Show. “There are some downsides, of course, for people. The main one would be the lack of human contact.”

For instance, if someone is more extroverted and relies on co-workers for socialization or general friendships, then working from home can be challenging.

In a national work from home survey by the Canadian Institute for Safety, Wellness and Performance at Conestoga College, one-third of respondents said working from home interferes with their home life.

However, that survey showed 70 per cent of respondents said they'd prefer working from home three or more days a week if given the opportunity.

Walsh, who also currently works from home, said he isn't perfectly satisfied with working from home.

“I miss the interaction, the casual interaction, the bumping into people on the street downtown,” he said. “You know, you’re walking up to Scotia Square to run a few errands at lunchtime and you see three or four people that you know were running out of the bank.

“Those casual interactions that are of value to a lot of people. I can tell you, I do miss that, personally.”

But employers themselves could quickly adopt the work-from-home model.

From an employer’s point of view, Walsh said there’s a “strong belief” that remote work can help an employer save money.

With employees working from home, even under a hybrid model, employers can save money on real estate costs.

“As long as they don’t need that interaction themselves in their workplace ... then I think you’re going to see a lot of employers very much open to this idea of having a large per cent, if not all, of the workforce work from home in the future,” he said.

He also said some organizations are rethinking policies and managing styles.

Some have been creating work from home policies and adjusting current policies to reflect employees working remotely.

As many employees continue working from home, companies must rethink aspects such as safety and certain insurances.

“Companies are taking a whole fresh look at how they’re managing employees from home as opposed to managing them from the workplace,” he said.

Still, Walsh said that no one would've guessed there would currently be a global pandemic a year-and-a-half ago.

Moreover, no one can be certain what Nova Scotia's situation will be a year or so from now.

“It’s been a really fascinating shift in some of the industries and the sectors and how they’ve been impacted over the past year,” he said. “I just hope, fingers crossed, the economy looks fairly good in Nova Scotia over the coming year or so.”