The Halifax team selected their new recruits on Saturday at the 2019 QMJHL Entry Draft in Quebec City
Jun 9, 2019 3:06 PM By: Victoria Walton 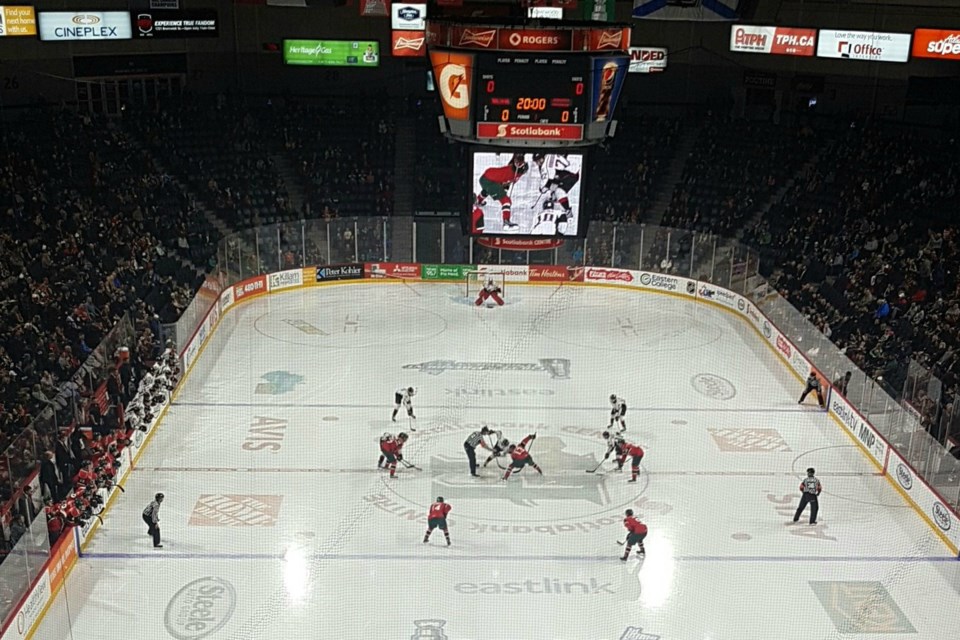 The Halifax team selected their new recruits on Saturday at the 2019 QMJHL Entry Draft in Quebec City.

"We have a lot of scouts who worked very hard this season identifying players," said General Manager Cam Russell.

The recruiters selected five forwards, five defencemen and one goaltender at the annual session, according to a post on their website.

Because of previous transactions -- those that helped build the team for this year's Memorial Cup -- the Moose didn't get their first pick until the fourth round this year.

"[It was] tough to sit there for the first couple of hours and watch a lot of good hockey players get drafted, but that’s the way the business of the game works," says Russell.

But Russell says he is still very happy with his picks, which include Beaver Bank native Cole Foston.

"We’re very excited about the group of kids that we selected today," he adds.

"Cole’s a fast skater who plays hard and on the edge. I think he has good finish around the net as well," Greenwood says.

Foston has previously played for Cole Harbour in the Nova Scotia Major Midget Hockey League, scoring 12 goals and 35 assists in 35 games. He was also a member of the NS Canada Winter Games team.

"I can't explain this feeling. I've wanted to go here my whole life, and I grew up watching this team, so I feel great," said Foston in an interview after the draft pick.

The 11 players from the draft will all attend the Mooseheads' training camp this August.