Lavoie was picked up 38th overall in the second round of the draft on Saturday
Jun 22, 2019 3:53 PM By: HalifaxToday Staff 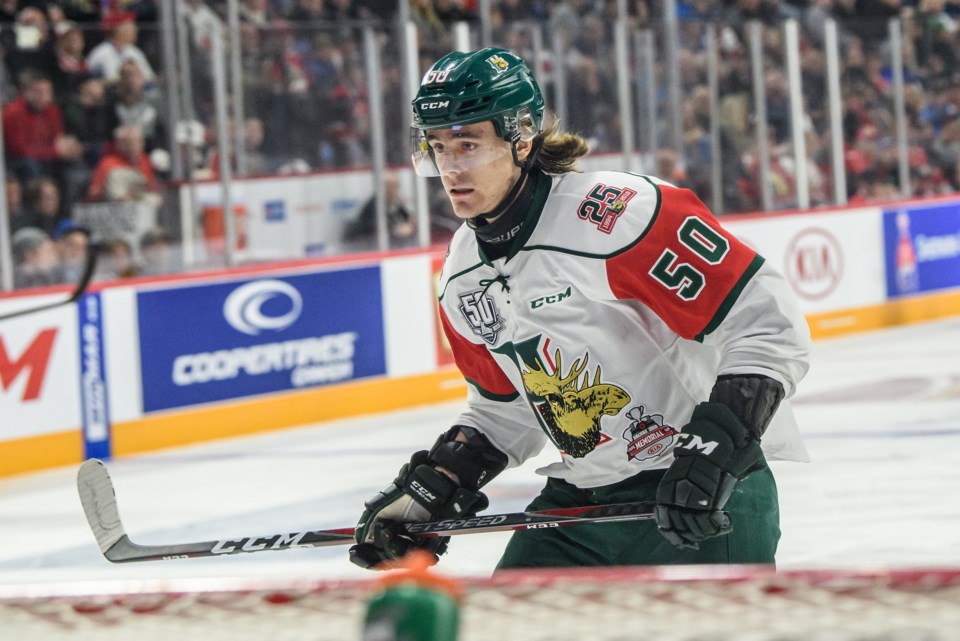 Lavoie plays at the Memorial Cup on May 22th, 2019 in Halifax, Nova Scotia, Canada. (Photo by Vincent Ethier/LHJMQ/CHL)

Lavoie was picked up 38th overall in the second round of the draft on Saturday.

The 18-year-old forward is originally from Montreal, Quebec and played on the Halifax Mooseheads during the 2018-19 season.

With the Moose, Lavoie scored 52 goals and 53 assists in 85 combined regular season & playoff games of the QMJHL.

Lavoie's size -- coming in at six-foot-four and 198 pounds - made him an interesting target for teams at the draft.

Asked to describe himself after the pick, Lavoie said he was a "power forward."

"I bring pucks to the net, use my body well and am an offensive guy," Lavoie says.

The Edmonton Oilers later tweeted a photo welcoming Lavoie to the team.

You made it, kid! 🤝 #NHLDraft pic.twitter.com/SZWjAYD5Mp

With files from Sportsnet