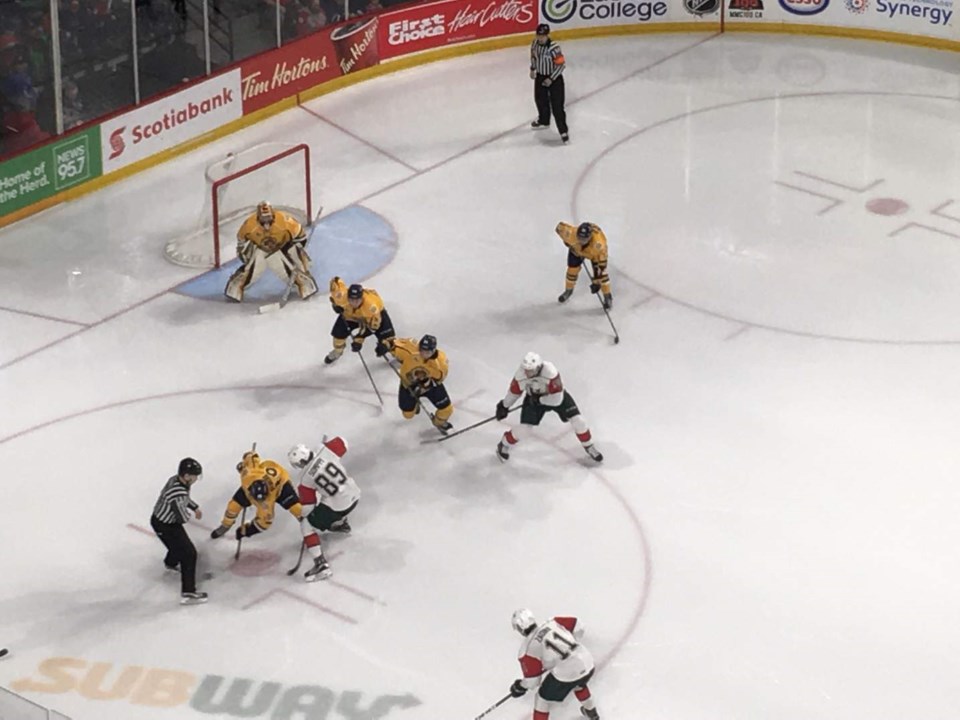 The Halifax Mooseheads and the Shawinigan Cataractes in action on February 11, 2018. (Garreth MacDonald)

HALIFAX  - The Halifax Mooseheads bounced back from a two game skid to pick up a 6-1 victory over the Shawinigan Cataractes on Sunday.

Otto Somppi put on a show early, scoring a pair of goals within 18 seconds of one another to give Halifax a 2-0 lead. Jake Ryczek added to the Herd's lead to give them a 3-0 cushion heading into the second period.

Max Fortier tipped one in on a power play to make it 4-0, with Shawinigan's Anthony Imbeault responding with a power play of his own to out the Cataractes on the board.

Fortier eventually found the back of Shawinigan's net for the second time that afternoon, and the 100th of his Mooseheads career. Arnaud Durandeau followed up with an unassisted goal to make it a 6-1 final in favour of the Moose.

On Friday, the Mooseheads will continue their home stand as they welcome the Moncton Wildcats to the Scotiabank Centre.

Make sure you tune into NEWS 95.7 for all your play-by-play action with Garreth MacDonald.

Matt Mays will rock the Shore Club this summer, with reduced capacity and other COVID adjustments
Aug 13, 2020 5:01 PM

RCMP investigate break-ins at two homes under construction
Aug 13, 2020 3:50 PM
Comments
We welcome your feedback and encourage you to share your thoughts. We ask that you be respectful of others and their points of view, refrain from personal attacks and stay on topic. To learn about our commenting policies and how we moderate, please read our Community Guidelines.