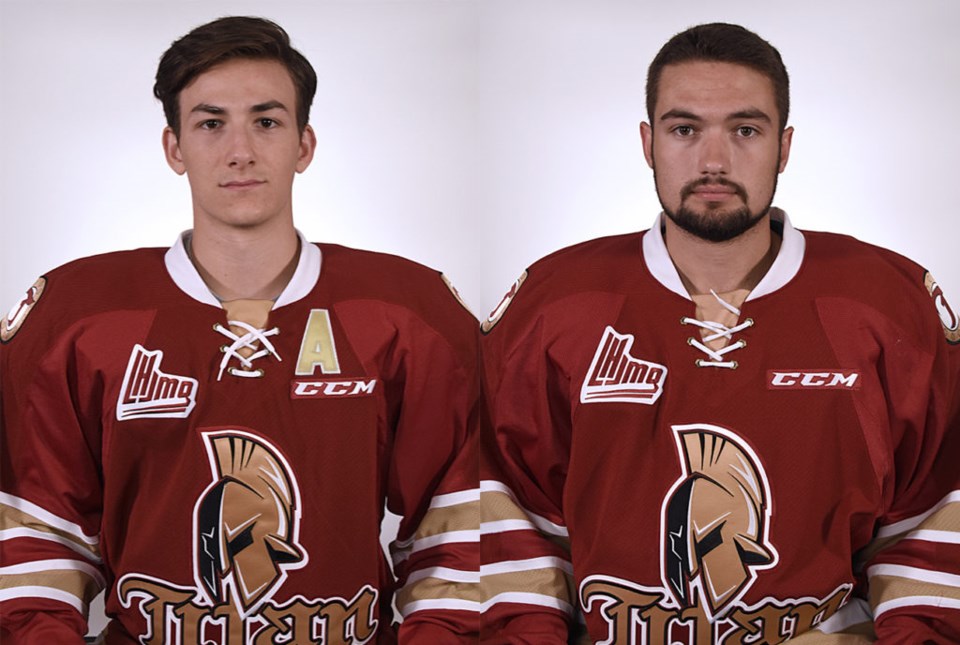 The Halifax Mooseheads have already set their sights on making a championship run as hosts of next year’s Mastercard Memorial Cup.

Halifax announced Friday it has acquired forwards Antoine Morand and Jordan Maher from the recently crowned CHL champion Acadie-Bathurst Titan in exchange for the Mooseheads’ 2018 and 2019 first-round draft picks, a 2018 third-round pick (from Cape Breton) and a third-round pick in 2020.

The trade is the first, and likely not the last, made by the Mooseheads in the lead-up to the 101st Mastercard Memorial Cup in Halifax, which will be played May 16-26, 2019.

Both Morand and Maher played important roles in Acadie-Bathurst’s run to the QMJHL championship this spring, racking up 19 and 10 points, respectively, in 20 post-season games played. The pair combined for three points in four Memorial Cup games as the Titan went on to capture its first CHL title.

Morand, a second-round pick of the Anaheim Ducks in 2017, scored 26 goals and 76 points this past season, posting career-bests in both assists (50) and points. In three QMJHL seasons, the 19-year-old centreman from Mercier, Que., has tallied 200 points in 181 games.