At the time, the suspect was serving with the Military Operations Support and Intelligence Centre, known as Trinity
0
Feb 14, 2020 1:13 PM By: Canadian Press 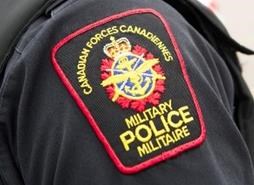 OTTAWA - A member of the Canadian military based in Toronto faces several charges including sexual assault in connection with a number of alleged incidents in Halifax.

The charges are in connection with a number of incidents that allegedly occurred between December 2014 and July 2015 in Dartmouth and Halifax, while Chand was serving with the Military Operations Support and Intelligence Centre, known as Trinity.

The investigation began last June following a complaint by an individual who was a member of the military at the time of the alleged incidents.

A date and location for a court martial hearing have not been determined.