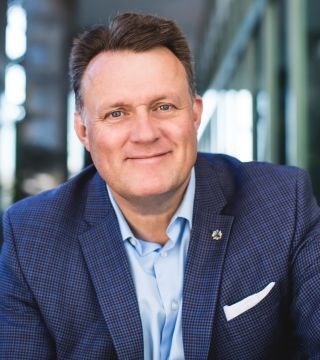 Haligonians have elected Mike Savage to four more years as mayor of the municipality.

It was a blowout win for Savage who, with 436 of 445 tables reporting as of Saturday night, ended off with 80.2 per cent of the vote.

Savage said he's honoured and humbled by the opportunity to stick around for a third term.

"It feels wonderful," said Savage. "This is the job I want more than any other job I could imagine."

"I'm excited that people have given me a strong mandate to do the things that the city needs to do for the next four years."

He's looking forward to welcoming some new faces around the council table, as well as seeing returning councillors.

Savage lists affordable housing, recovery from COVID and supporting matters related to Black and Indigenous Haligonians as his top priorities.

Former councillor for Hammonds Plains-St. Margarets, Matt Whitman, is in second and currently has 10.5 per cent of the vote.

Max Taylor is in third with 9.3 per cent. The 22-year-old advertising copywriter with no previous political experience and a large following on social media had said he entered the race to inspire others to get out and vote, especially those who have never done so before.

A spokesperson for HRM said there will be no further updates to the polls tonight.

Election officials are expected to confirm official results and voter turnout by Wednesday.