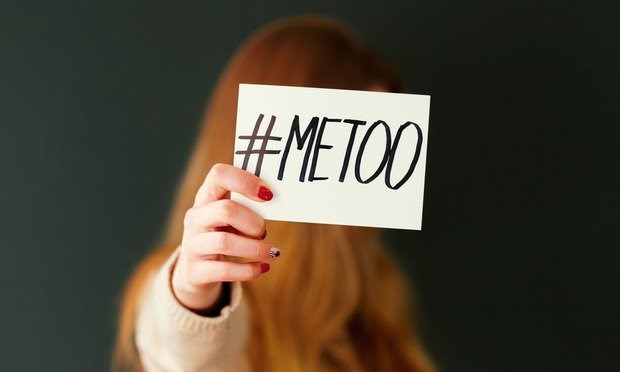 Elizabeth LeClair was at a fundraising dinner with clients and colleagues when the man sitting next to her put his hand up her skirt.

She’d met him before. He’d always been “over the top,” and very friendly and touchy when meeting strangers.

"He just acted like nothing was happening," she said.

LeClair, a senior development officer at Dalhousie University, recently spoke out about the incident in an op-ed, and about her experiences in the non-profit sector where she’s worked as a professional fundraiser for many years.

"One of things I think has become a problem with some of the stuff around conversations around #MeToo is that, is it just he way someone touched you? Is it a miscommunication? Is it just that someone said something that wasn't that inappropriate? I wanted people to know that we're talking about really disgraceful behaviour," she said.

Statistics show that the fundraising sector is made up of 70 per cent women, said LeClair in an interview with NEWS 95.7’s Todd Veinotte.

She says the non-profit industry would like to see more men involved, but it’s struggled to do so. This has created a power imbalance between non-profit workers and donors, a group which tends to be very male dominated.

She says as people working in fundraising get further along in their careers, the stakes get higher, the donations and “gifts” become larger. This can lead many, such as LeClair, to let instances of sexual harassment and assault go unreported, in fear of losing funding offers.

"Do I put my hand up and say this happened and have there be consequences both publicly, personally, professionally, around what this issue was, or do I let this go and deal with it personally and quietly and by myself?" she said.

"I opted for the second option every time."

She saw it as an act of protecting the organizations she worked for and cared for from scandal and scrutiny.

The Association of Fundraising Professionals recently held a conference in Toronto, which LeClair attended. One of the panels touched on the power imbalance in the industry. She noticed the young women around her shaking her heads, muttering ‘nothing is going to change.’

"What I felt was missing ... was that the public didn't know," she said. "We're having this internal discussion as an industry, but the public had no idea that this was so pervasive."

It was that feeling of hopelessness and invisibility that drove her to speak out.

LeClair didn't talk about her assault when it happened. She says she wasn't in a place to do so, and didn't know how. She says she is now equipped with the confidence and knowledge to speak out and join the #metoo conversation.

"It's not so much about the individual employers or the groups that I've worked for, it was about my own personal belief that the causes I supported were more important than my own personal safety," she said.

She says that belief is something she bears responsibility for, but that the industry makes it easy for many to feel that way.

"I don't advocate naming and shaming on social media,” she said of her choice to leave names out of her piece. “What I want to focus on are the issues that are barring women and the men who’ve experienced this from coming forward."

"Naming one individual doesn't change an industry, and it focuses the attention on the wrong person,” she said.

“I think it gets us distracted, and I think really what this is about is changing systems and getting people to feel more comfortable."

She hopes more people within her industry will begin having these conversations in public instead of behind closed doors.

"I really want the leadership across Canada in the non-profit sector to look at a way of making sure that we have something in place that supports individuals who are victims of sexual assault or sexual violence or any kind of inappropriate conduct with their donors," she said.

"No donation is worth someone's personal safety."

LeClair says she's already been receiving support from a number of male allies in the sector, who have promised to bring this topic up with their peers across the country.

"For every one of these individuals, there's hundreds of amazing donors and volunteers and people that do phenomenal work."