McNeil faces growing questions about inquiries into both Portapique and Northwood

The premier is facing increased calls for an inquiry into both the recent Nova Scotia shooting and the spread of COVID-19 in a Halifax long-term care home
May 30, 2020 4:56 PM By: Victoria Walton 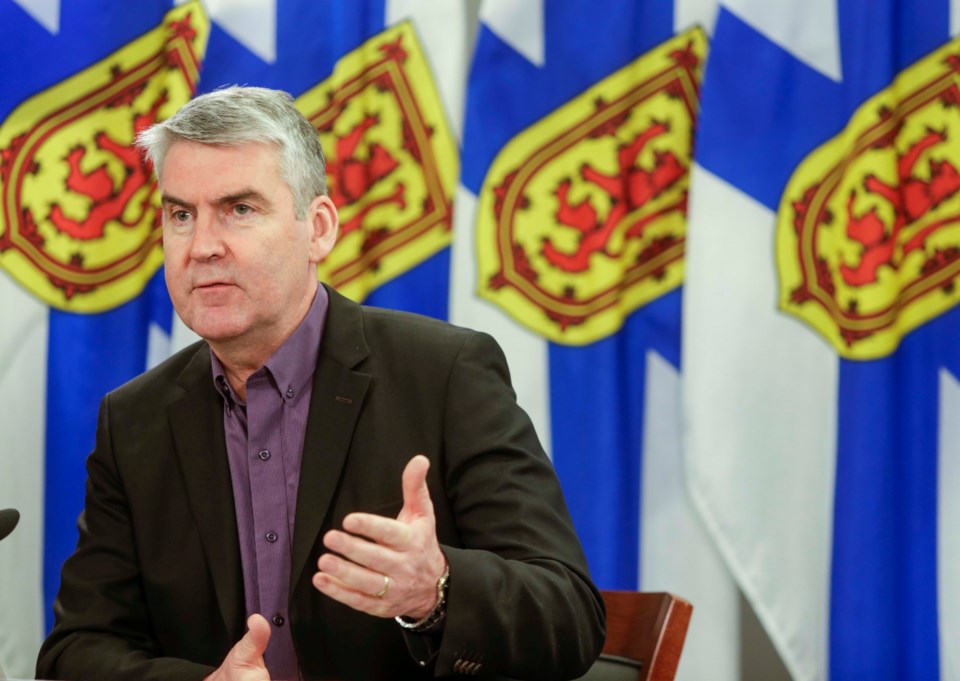 Nova Scotia Premier Stephen McNeil is facing increased calls for an inquiry into two incidents in the province: the shooting that claimed 22 lives on April 18 and 19, and the ongoing COVID-19 crisis at Northwood that has claimed 53 lives to date.

“Everyone has the right to express their opinion and all opinions are important. The challenge is, and has always been in government, you have to do what is important to all Nova Scotians, not a subset of them,” McNeil told The Todd Veinotte Show on Saturday morning.

In terms of the Portapique shooting inquiry, McNeil said he is in support of this. “We want to get answers for what happened on that day,” he says.

But the premier says that because the inquiry would mainly concentrate on actions of the RCMP – a national force – the federal government would need to call it.

McNeil didn’t go as far as calling on Trudeau for an inquiry, but says Nova Scotia’s attorney general is in conversation with federal ministers about an inquiry into Portapique, and that the province will be at the table if and when an inquiry happens.

“We want answers, there’s no question. How did this happen? How could someone be able to do this? What role has domestic violence played in this?” said McNeil.

The premier defended his record of calling inquiries into issues in the province when it was his responsibility to do so.

“Whenever I’ve had the opportunity, the requirement to call an inquiry or in this province it was dealing specifically with Nova Scotians, a Nova Scotia government agency, we’ve called them,” McNeil says. “Home for Coloured Children was a prime example”

But although Northwood deaths have been occurring for nearly two months now, advocates say McNeil hasn’t been quick to call an inquiry into long-term care homes in the province.

“We’ve heard for years from families, from front line workers, from other people about conditions and inadequacies at long term care,” says Bill VanGorder, with the Canadian Association of Retired People (CARP) Nova Scotia.

“We’ve now had an outside group, hands-off, arms-length, no reason to give anything else but the truth,” says VanGorder. “And they’re giving reports that are even worse than we’ve been hearing from front-line workers and families before.”

In Nova Scotia, VanGorder says the situation is slightly better but there are still staffing issues and residents lacking care.

“We do know that lack of staff, lack of training, lack of good leadership in some cases does cause conditions in some homes,” he says. “And the other thing we have in Atlantic Canada… is some very old facilities.”

VanGorder says he’s like to see an inquiry into not just Northwood, but all long-term care homes in Nova Scotia. “What seems to be happening is the premier is focusing only on Northwood. We really do need a larger review,” he says.

Other advocates agree that the military reports in other provinces show exactly what they’ve been saying for years.

“Everything that we were talking about for the last 14 years. That the elderly have been neglected, they have been devalued, they’ve been dehumanized,” says Gary MacLeod of Advocacy Centre for the Elderly (ACE).

MacLeod says he’s glad that COVID-19 is unveiling what’s happening in nursing homes, and says it can’t be ignored any longer.

“The coronavirus, if it hadn’t have happened, they would never have done anything. Even though they still knew those things were going on,” he tells NEWS 95.7.

The advocate says Nova Scotian LTC homes have the exact same issues as other provinces because it’s a for-profit industry.

“It’s happening. I can guarantee it. It’s happening in every nursing home, whether it’s provincial or not. That people are lying in soiled diapers, they’re being malnourished,” says MacLeod.

When asked about an inquiry into Northwood, McNeil says the province is working with Northwood staff.

“We’re working very hard as a province, all across our province to ensure that we deal with COVID. But we’re still dealing with it. We’re working hard with the hardworking men and women at Northwood,” he says.

The premier says public health didn’t know how the virus spread when it first began. “This virus made its way in through people unknowingly, who were asymptomatic,” he says.

But he admits he does have questions about Northwood, which they will answer by working with Northwood and other “health care partners.”

“What are the appropriate protocols? What is the right size? All of those questionable parts of that,” he says. “We’re working with Northwood and our healthcare partners across the province to ensure that we provide the right care, the right place, and we will continue to do that.”

The premier says Northwood was the only facility that was greatly affected by COVID-19, but doesn’t confirm whether there will be an official inquiry into why that was.

“Of 136, roughly 136 long-term care facilities in our province, I believe the system in many parts of the province stood the test,” McNeil said.

VanGorder says he hopes politicians in the province can step up, and call for an inquiry to prevent similar issues in the future.

“These things we have to do now cause we don’t want another COVID-19 crisis,” he says. “And that’s going to take some really tough, gutty decision making by politicians.”

If an inquiry is not called, advocates like MacLeod say they will be forced to take the legal route.

“There is no other recourse,” he says. “If the government is not willing to do it then the people have to take it into their own hands and go through a class action lawsuit to uncover what’s been happening in the nursing homes.”