Max Taylor had said he entered the race to inspire others to get out and vote, especially those who have never done so before
Oct 20, 2020 3:45 PM By: Meghan Groff 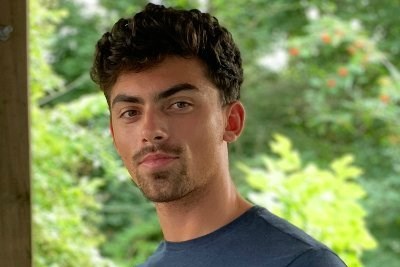 The youngest candidate in Halifax Regional Municipality's 2020 mayoral race has now set his sights south of the border in his quest to increase voter turnout.

Max Taylor was an advertising copywriter with no previous political experience when he came forward to put his name on the ballot in Halifax's municipal election.

The 22-year-old said he entered the race to inspire others to get out and vote, especially those who have never done so before.

He was able to capture 9.3 per cent of the vote, coming in behind winner Mike Savage with 80.2 per cent and former councillor Matt Whitman with 10.5 per cent.

And although Taylor placed third out of three candidates, he's thrilled with the results.

"It feels weird to be celebrating a loss, but I said from the beginning I only really cared about voter turnout," he told NEWS 95.7's The Rick Howe Show.

"It's probably one of the few campaigns in history, definitely one of the only campaigns in the city's history, that said 'listen, I don't care who you vote for, just vote,'" he added. "So with that being said, how the heck would I be disappointed with the results."

While official results haven't yet been released, HRM's elections coordinator Trish Smith says around 128,000 voted, which is a roughly 40 per cent. In 2016, voter turnout was around 31 per cent.

Taylor is hoping younger voters contributed to the jump.

"A lot of my friends voted for the first time," he said. "If you don't vote when you're 18, odds are you're not going to vote in the next election."

He may have also inspired the next generation of voters. More than 5,000 elementary and high school students from 41 schools in HRM participated in a mock Student Vote.

The school kids still chose Mike Savage to be mayor of Halifax, but he only narrowly defeated Taylor in the simulated election. Savage nabbed 45 per cent of votes, while 43.6 per cent cast their ballots for Taylor.

"Voting turnout is important because it shows people are watching," said Taylor. "Without participation, there's no longer a democracy."

Taylor has a large following on social media. He joined TikTok around six months ago and has since been able to round up over 664,000 followers on the platform.

He said the Democratic Party has now reached out to him to ask him to make some videos encouraging Americans to get out and vote.

"We're in contact a little bit getting some of those videos ready to go," said Taylor.

"Hopefully it works. Hopefully if enough people do this and take these measures we'll see big voting numbers in the States because this is probably the most important election of their lives for most young people in the States right now."

As for what the future holds for Taylor, he plans to take some time to figure that out but says he's "caught the political bug" and isn't ruling out another attempt at public office. In fact, he said the Nova Scotia Liberal Party has already reached out to him.

"It's more of a conversational thing, they just want to get to know me a little bit more," he explained.

"Taking their time out to call me is a really nice thing to do, so I really appreciate that."

He also plans to keep a close watch on what happens on the municipal level, especially now that he's been able to build a relationship with the mayor.

Taylor believes Mike Savage will keep the promises he made during the campaign, especially when it comes to affordable housing, "but if he doesn't, I will be blowing up this man's phone," he said. "I will be going to as many council meetings as I can and raising a stink, wondering why these measures haven't been put in place."