After several tragedies and a worldwide pandemic, Halifax's mayor says the city will be 'OK' in the new year
Dec 27, 2020 1:36 PM By: Chris Stoodley 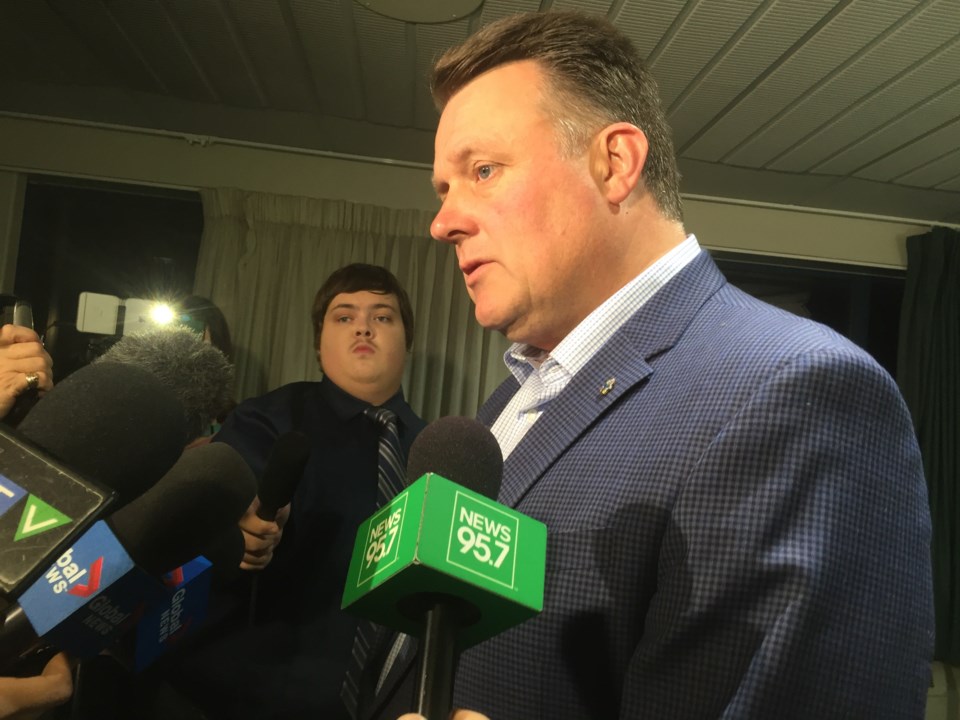 As 2020 nears an end, Halifax’s mayor reflects on a heavy year and looks ahead at one that will likely still prove challenging.

This year has been filled with many tragedies, and Mayor Mike Savage hasn’t forgotten about what Nova Scotia has endured.

While he said the province has done “really well” with the COVID-19 pandemic, he remembers some of 2020's most dreadful moments such as Nova Scotia’s mass shooting which saw 22 people die, the death of Snowbirds’ team member Capt. Jenn Casey and the five fishermen who went missing earlier this month.

“It’s been a punch in the gut, one after the other,” Savage told NEWS 95.7’s The Rick Howe Show. “But the positive news out of it is that we are resilient, we come together and I’ve seen so many examples of generosity.

“If you want to remember this year in a positive way, then support those who are helping other people.”

He said some of the local organizations and businesses supporting the community include Shelter Nova Scotia, Feed Nova Scotia, United Way, restaurants that have helped people even when closed and other smaller organizations.

“I feel very optimistic going forward,” he said. “Vaccines are coming and Trump is going. I think that there’s optimism. It’s been such a tough year for so many people.”

Savage said it’ll be a challenging year and the difficulties could affect the city’s budget past 2022. Still, he said Halifax's financial situation is stronger than most other municipalities and wants to see the city continue to grow like it was prior to the pandemic.

“I think it’s going to be, ‘How do we come out of COVID with the kind of strength that we had before that?’” he said. “But also, to make sure that the growth that we’ve had as a city, which I think will continue, to make sure that it is sustainable and just.”

As homelessness becomes one of Halifax’s more pressing issues, Savage made his stance on the situation clear.

“I think we would all agree that everything starts with a roof and everybody should be entitled to have one,” he said.

“I don’t think there’s a more true statement you could make than that everybody deserves to have a comfortable, accessible, sustainable place to put their head every night. It is the starting point for a successful life, so I think everybody should have that.”

Last week, dozens of people gathered in Halifax’s north end for a homeless memorial service organized by the Out of the Cold Community Association.

Savage said he usually attends this service every year but didn’t know it was happening with COVID-19 restrictions still in place.

However, Savage did not say how the city would be addressing homelessness in Halifax in the new year.

What Halifax Regional Council will be addressing in the new year is the municipality’s fiscal situation. Council will then create an early recommendation on how much money it’ll spend and earn.

As a challenging new year quickly approaches, Savage said most of the people and businesses in the city have continued to pay taxes.

Still, there are some people and businesses — such as hotels operating at limited occupancies — who haven’t been able to pay certain taxes. Savage said the municipality understands the situation and must work with those affected.

“We’ve made commitments as a city to support those who are struggling, as have other orders of government,” he said. “I honestly can’t tell you, but I think we will be OK. We will manage.”