Celebrating its tenth anniversary this year, HUFF takes place from August 25 to September 1
0
Jun 12, 2019 9:23 AM By: HalifaxToday Staff 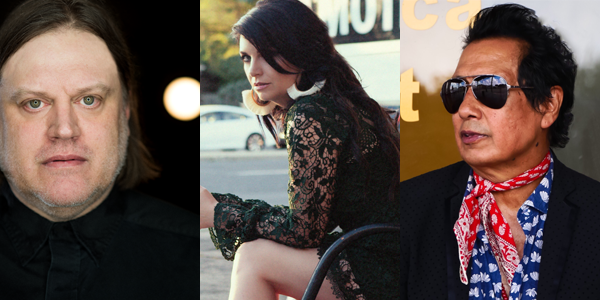 Tickets for these shows are available for purchase on Friday, June 14 at 10:00am AST by clicking HERE.

Celebrating its tenth anniversary this year, HUFF takes place in Halifax, NS from August 25 to September 01, 2019.

Matthew Sweet emerged in the early '90s as the leading figure of the American power pop revival. His 1991 album, Girlfriend, became a word-of-mouth critical and commercial hit with its title track reaching the Top Five on the Modern Rock charts. His next two records, Altered Beast and 100% Fun were both critically acclaimed and successful albums, with the latter reaching platinum status and making many year-end best-of lists. Sweet’s most recent studio album, Wicked System of Things, was released on Record Store Day in 2018.

Born and raised in Newfoundland and Labrador, Damhnait Doyle is a Canadian singer/songwriter who has recently released Liquor Store Flowers, her first solo album of original material in 15 years. Throughout her career, she has released eight full length recordings as both a solo artist and a member of award-winning groups Shaye and The Heartbroken. Doyle has toured Canada extensively, opening for legends like Willie Nelson and Steve Earle, and has collaborated on numerous recordings including albums by Kevin Parent and Bruce Cockburn.

Crossing borders, jumping barriers, taking risks, and betting it all: that’s the path Alejandro Escovedo has been taking in his lifelong search for the heart of rock and roll. He’s been a punk of the rebel kind in The Nuns, a cowpunk of the non-Western variety in Rank and File, commander of a guitar army in The True Believers, and an orchestral conductor in his solo work. He has collaborated with Bruce Springsteen, John Cale, Los Lobos, and many others throughout his career. Escovado returns to HUFF this year as the festival's 10th anniversay legacy artist.

"It’s hard to imagine the Halifax scene back in the day if Matthew Sweet hadn’t come along to inspire bands like Sloan and Cool Blue Halo. When I told Matt Mays I’d booked him, I got this text back: 'COME ON!!!! WHAT!!!!!! AAAAAAAAAAAHHHHHHHHHHHHH!!!!' Needless to say, Mays is playing in that Halifax All-Star band. Damhnait’s new album is a stunner and Newfoundland band The Novaks will be her All-Stars. Anyone who saw Alejandro’s previous show will know why he’s our legacy artist this year. The man is the personification of intelligent, heart-felt rock’n’roll," says Mike Campbell, Artistic Director of HUFF. "I couldn’t be more excited about this year’s HUFF lineup! Oh, and 10 years of HUFF?! I am gobsmacked and thrilled all at once that our little festival made it this far. Come celebrate with us!"

HUFF EXPANDS TO LOCAL CRAFT BREWERIES AND TO DARTMOUTH

"We are over the moon to be part of HUFF bringing artists over to Dartmouth for the first time," says Ian Lawson, owner of Brightwood Brewery. "This event brings in world class acts that normally we'd have to take a ferry ride to check out. Bring it on! We've been waiting for shows of this caliber in our neighbourhood."

More information about HUFF's 2019 programming, including additional performers, venues, and partnerships will be announced in the coming weeks.