Many worry for loved ones back home in Venezuela

Venezuelans living in Canada are watching their friends and families back home struggle with a political and humanitarian crisis, and are calling on foreign aid to help
Feb 9, 2019 3:02 PM By: Danielle McCreadie 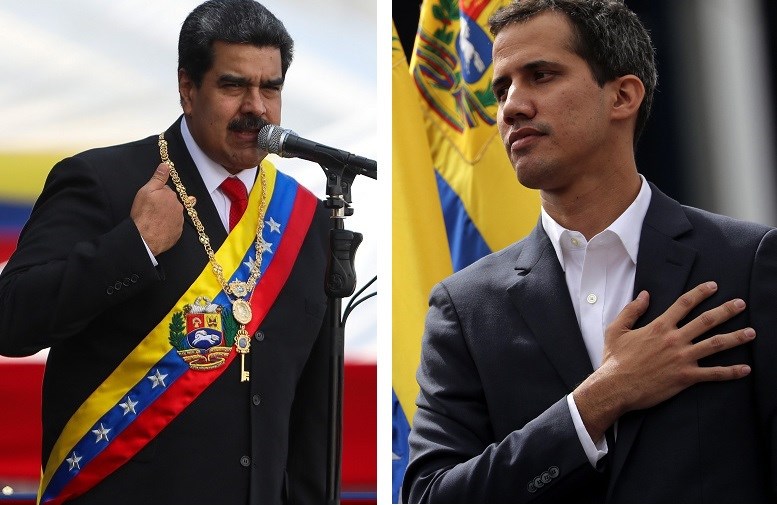 Juan Guaidó (right) says he's not going anywhere until the crisis is fixed.

Venezuelans living in Canada are watching their friends and families back home struggle with a political and humanitarian crisis, and are calling on foreign aid to help.

Canada and ten Latin American countries are urging the Venezuelan military to back opposition leader Juan Guaidó, who named himself interim president in January, instead of socialist president Nicolás Maduro.

Maduro has refused to step aside and accuses the U.S. and others of attempting to overthrow him.

Venezuela's economy and medical system have collapsed in recent years, sending millions fleeing from the once-rich country, home to the world's largest oil reserves. Oil prices have plummeted, and corruption is on the rise.

Maria Fernanda Navarro came in Canada in 2013 to flee the corruption and communism being spread by Hugo Chávez.

She says the Venezuela of her childhood is nothing like the one she knows now. A country that used to be rich in oil and gas now has a minimum wage of $5, and its citizens are struggling to eat, she says.

"They are starving to death. They're getting food from the garbage," said Navarro in an interview with NEWS 95.7's Todd Veinotte.

"It's very tough waking up every morning knowing that you have food in your fridge, and your Venezuelan friends and family are struggling for getting essentials," she said.

Juliana Fombona has lived in Canada in 16 years. She still has lots of family living in Venezuela, including a sister who has cancer.

Due to the lack of healthcare options, an operation for her sister's cancer costs $10,000. She is lucky to be in the middle class and have access to private health care, says Fombona, but the cost is still too much. For those who aren't as fortunate, healthcare is even harder to come by.

"The level of suffering is unbelievable," said Fombona. "Poor people don't have access. There is no supplies, there is no medicine. If you have cancer, and you are somebody who can't go to the private medicine, you die. It's that simple."

More than 3 million Venezuelans have fled the country due to the crisis, says Navarro.

Fathers are leaving their families to find work in neighbouring countries, and sending money back to their families, while others are coming to North America to get as far away as possible.

However, many Venezuelans believe the United States to be the root of their suffering, explains Navarro. The idea, rooted in communism, was instilled by Chavez during the 2000's and is being perpetuated by Maduro, she says.

"They have been brainwashed I think, and it started with Chávez," said Navarro. "This is Chávez' legacy."

Both Navarro and Fombona are beyond thankful for the international attention and aid.

"All our country is feeling blessed and we want to say thank you because we really need help in this. We can't get out of Maduro and his political friends without international help. They have the military with them, they have arms," explained Navarro.

Guaidó is currently organizing for another election to be held. She hopes that by having international eyes watching Venezuela, the election will be a fair one.

"What we have right now is hope. What we need is help," said Navarro.