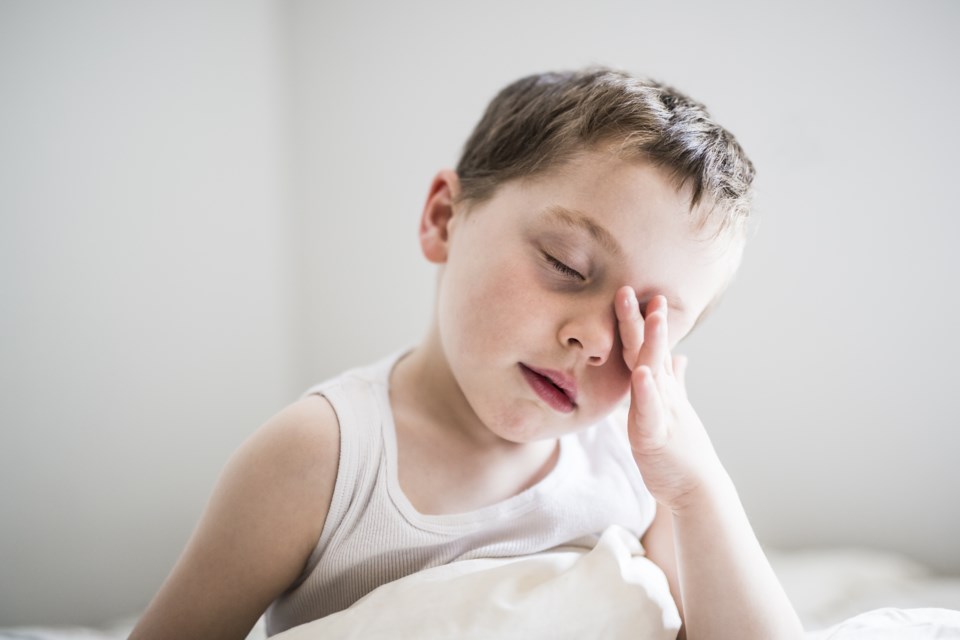 According to a Dalhousie University professor, people are now sleeping around one hour less than their ancestors did a century ago.

March 15 is World Sleep Day, which promotes the importance of getting a good night's rest.

"We're really trying to get people to recognize that good sleep is as important to you as eating well or exercising," said Dr. Penny Corkum. "We really need to see these three behaviours as foundational in health, both physical health as well as mental health."

And it's not just adults experiencing sleep deprivation, the Department of Psychology and Neuroscience researcher says between a quarter and a third of children experience insomnia.

"They're tired during the day and not getting enough sleep at night," Corkum told NEWS 95.7's The Sheldon MacLeod Show. "And this can become a habit or behaviour that becomes hard to break."

"We use behavioural strategies in changing the environment to sleep better. If we don't do that, it can actually become a disorder."

She recommends cutting off the use of electronics at least an hour before bedtime and having a cool, dark room to sleep in.

"TVs, iPads, video games ... they can be stimulating. We get excited when playing a video game and that's not conducive to falling asleep," Corkum explained. "And they do emit light. Melatonin production is what happens in our brains to help us sleep. We need to be in dark for that to be released."

Corkum said sleep issues can be more prominent in those with neurodevelopmental disorders, with up to 90 per cent of children having problems falling asleep, staying asleep or waking up too early.

She's been working with a team across the country to develop a research initiative called Better Nights, Better Days for Children.

"We're hoping that parents across Canada will participate and help us evaluate this intervention and see if it works for kids with neurodevelopmental disorders, helping them sleep better which hopefully will also help the parents sleep better."

More information about the program can be found online.

Regional council begins process to regulate Airbnbs
Oct 1, 2020 11:36 AM
Comments
We welcome your feedback and encourage you to share your thoughts. We ask that you be respectful of others and their points of view, refrain from personal attacks and stay on topic. To learn about our commenting policies and how we moderate, please read our Community Guidelines.