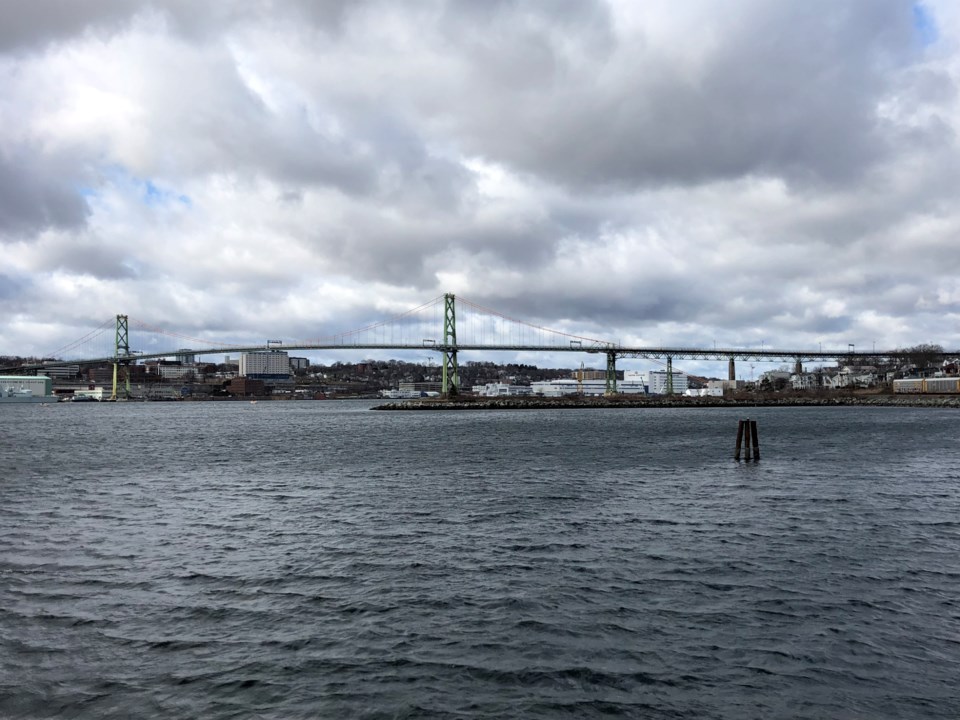 The province's Serious Incident Response Team (SiRT) is looking for witnesses as it investigates the death of a man who fell from the Macdonald Bridge.

Halifax Regional Police said officers were pursuing of a dangerous driver at around 2:30 a.m.

Speaking to reporters Monday morning, Cst. John MacLeod said they had tried to pull the suspect over for a motor vehicle infraction, but the driver wouldn't stop.

"They initially tried to stop the vehicle near Highfield Park in Dartmouth," he explained. "He made his was across the MacKay Bridge, he made a loop back around through the MacKay and back onto the Macdonald where it ended."

MacLeod said the driver got out of the car on the bridgehead and officers chased him on foot before the 29-year-old fell to his death.

"My understanding is the exiting of the vehicle would have been on the roadway itself, then across the pedway, and then to the exterior of the bridge."

MacLeod couldn't say if the man was on the pedestrian or bicycle lane side of the bridge, or how he managed to fall as the Macdonald is outfitted with protections to guard against people going over the side.

He described the initial chase as a slow-speed pursuit, which he said occurs in and around the posted speed limits.

"However, anytime when a motor vehicle fails to stop for police, there is inherent risk to the public," MacLeod said.

The Macdonald Bridge was closed for a few hours overnight, reopening at around 5 a.m.

SiRT has now taken over the investigation, as they do for all serious incidents involving police in Nova Scotia, whether or not there is an allegation of wrongdoing.

With files from Mark Hodgins

Halifax Water issues boil water advisory after water main break
Jul 4, 2020 9:41 AM
Comments
We welcome your feedback and encourage you to share your thoughts. We ask that you be respectful of others and their points of view, refrain from personal attacks and stay on topic. To learn about our commenting policies and how we moderate, please read our Community Guidelines.