Man and dog embark on most Nova Scotian road trip ever

Being stuck inside the Atlantic bubble all year has been no problem for one man and his furry best friend
Nov 19, 2020 4:22 PM By: Meghan Groff 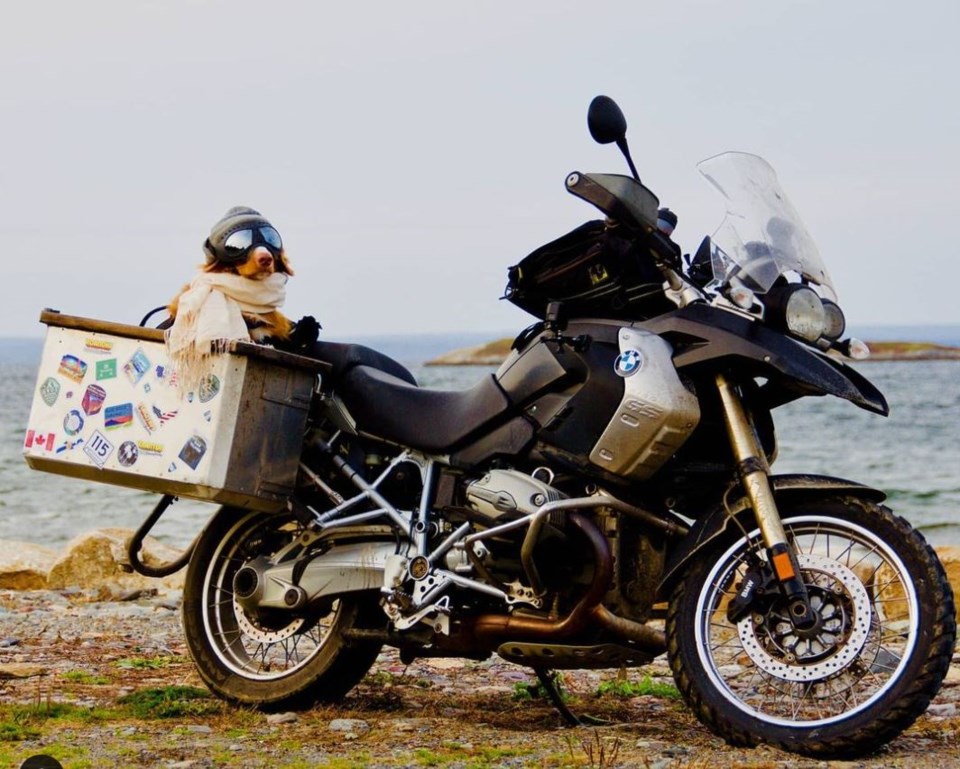 Being stuck inside the Atlantic bubble all year has been no problem for one man and his furry best friend, in fact it was the perfect excuse to embark on the most Nova Scotian road trip ever.

Steve Gallant enjoys hopping on his motorcycle and heading off on long-distance trips.

With COVID-19 restricting travel, he decided to see as many of the province's lighthouses as possible with Datsun, his Nova Scotia Duck Toller, riding right beside him.

"Every single lighthouse sounded like a good way to explore the province and boy, I had no idea what I was getting into," he told NEWS 95.7's The Sheldon MacLeod Show.

"One hundred and sixty-six lighthouses is a lot and they're usually down pretty obscure roadways, but I've had the best motorcycle year of my life."

Datsun rides on the side of Gallant's BMW R1200GS bike in a specially designed hard-sided pannier.

"I built a slightly larger one with a few more amenities than the stock one would have, one that Datsun fits in perfectly. I finished it off with a wooden top so he has a place to rest his paws," he explained.

This isn't Gallant's first long trip with a dog. In 2017, he rode across the country from British Columbia to Halifax, towing his old Duck Toller, Bricklin, in a trailer behind him.

"Bricklin was such an easy-going dog ... he was already a veteran motorcycle rider by the time I got Datsun," he explained. "When I got Datsun, he sat in the back of the trailer as a puppy with Bricklin and he just got used to it."

Being able to see every lighthouse in Nova Scotia is an almost impossible task, with some located on private property. However, Gallant said most of the property owners have had a hard time resisting Datsun's charm.

"I'm not going to go on someone's private property but I show up and people see the motorcycle with a dog in it, they come out, they invite me in, give me a sandwich or a coffee and a whole personal tour of the lighthouses," he said.

"It's been quite nice and I've never experienced so much friendliness driving around as I do when I have a dog on my bike."

Other lighthouses are virtually impossible to reach, being located on islands far offshore, but Gallant has come up with a way to reach those closer to the shoreline.

"I've got a tandem kayak and Datsun sits comfortably in the front, just like he does on the side of the motorcycle, so we've kayaked out to a few, but some of these lighthouses are pretty far."

The pair have crossed 122 lighthouses off the list and Gallant figures he'll be able to hit another five along the Eastern Shore that are easily reached by road. At that point, he'll officially consider their quest finished.

"I'm not sure what I'm going to do over the winter holidays, but I've already started planning next year's trip."