Police say their investigation into the incidents is ongoing
Dec 12, 2018 11:30 AM By: Meghan Groff 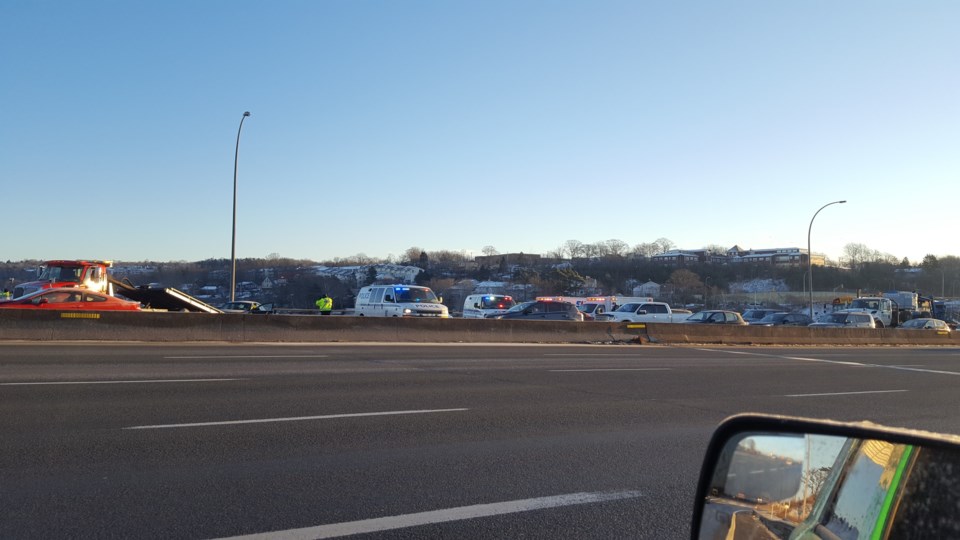 There are no reported injuries after a multi-vehicle crash shut down part of Highway 111 Wednesday morning.

The MacKay Bridge-bound lanes of the highway were shut down with traffic being diverted during the morning commute near Mic Mac Mall at Exit 5.

The stretch has since reopened.

Police say their investigation into the incidents is ongoing.