A tractor-trailer became stuck in a bridge toll lane designed for cars Wednesday morning on the MacKay Bridge
Feb 21, 2018 2:34 PM By: Meghan Groff 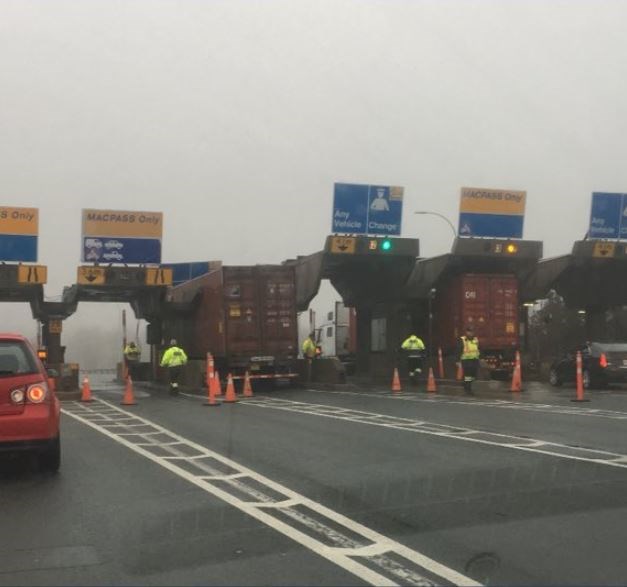 Halifax Harbour Bridges doesn't expect an incident during the Wednesday morning commute on the MacKay Bridge to have a significant impact on the drive home.

This after a tractor-trailer became stuck in a bridge toll lane designed for cars.

Steve Snider, CEO of Halifax Harbour Bridges, said it happened around 8 a.m., and at this point it doesn't seem like the driver was travelling at an excessive speed.

"Clearly the vehicle was over height, and as a result, impacted the concrete slab roof that was on the toll plaza and pushed the three slabs out in front of it and on top of it," he explained.

This isn't the first time Snider has seen a vehicle hit the roof, but he's never seen damage to this extent.

He added it's fortunate no one was hurt during the crash.

"Toll plazas are a work zone for our employees. They're out there to serve the public," he said. "Pay attention to speed, leave the cell phones alone. Keep an eye out for our people and they'll keep an eye out for you."

The vehicle was removed at around 1 p.m., and as of 2 p.m., two of the impacted lanes had reopened to traffic. The third lane will be closed until further notice.