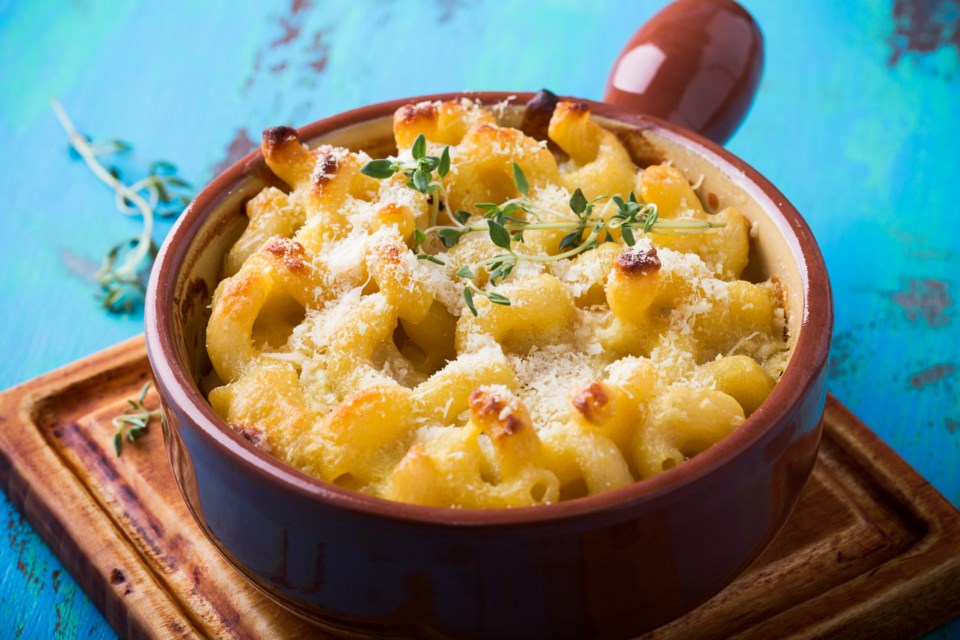 It was less the idea of Mac and Cheese Fest founder Philip Suos to bring his Toronto festival to Halifax, and more responding to overwhelming demand.

Haligonians have spoken, and what do they want? A Macaroni and Cheese Festival in the city. So as he drove to Halifax post-Dorian with his family, he spoke about the lovely delights headed to the Maritime city this weekend.

“It’s essentially just a big food competition, and everything made has the theme of mac and cheese,” he said. “There are eight competitors – two from Toronto and six chefs from the local area. There’s a little bit of everything.”

“From seafood mac and cheese to mac and grilled cheese to a Doritos smashed bag with mac and cheese, lettuce and tomatoes, there’s something for all foodies. It takes chefs out of their normal routine and gives them cool things to create.”

The net proceeds go to Feed Nova Scotia, a cause that is incredibly important to founder Suos.

“In each city we visit, we feel an overwhelming need to give back. We try to hire local as much as possible and bring local talent in,” he said.

“It’s a really good feeling to give back because this organization is so reputable, and we know they help thousands in Nova Scotia.”

This trip to Halifax is a pilot project, to see just how real the demand is here in the city for this kind of festival. Suos has partnered with Develop Nova Scotia for this first incarnation.

“It’s been a really incredible thing, and we’re loving working on this. If things go well, we want to expand, grow, and bring more food festivals here,” he said.

The first Toronto fest was five years ago, and since then it’s flourished, with others cropping up in Ontario.

“It’s been pretty amazing. We went to Winnipeg for our first one there recently, and it was a really positive response,” he said. “A lot of chefs showed their creativity there and the guest judges had a lot of fun.”

Next stops on the docket include Vancouver, Calgary and Edmonton in the near future. But for now, they’re focused on this Halifax gig.

“We’ll be licensed at the venues, and have beer, wine and cider. There will also be games, live performances and a DJ. This is a great event and way to support local,” he said.

He says bringing this to the Maritimes may just up the seafood portion of the food a little bit.

“One of the main things that sells out is our mac and cheese with seafood. I can’t think of a better place to get lobster mac. When you think of seafood, you think of here. I hope this event’s success brings more festivals across the board.”

The 2019 Halifax Mac and Cheese Festival goes from Friday, Sept. 13 to Sunday, Sept. 15 on the Salter Lot at the Halifax Waterfront. Tickets are free, and can be found here.