It’s been nearly a decade since enduring country quartet Lonestar made their way to Halifax
Jun 17, 2019 9:43 AM By: Jordan Parker 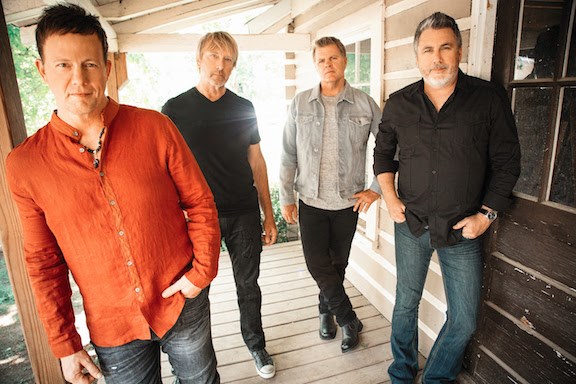 It’s been nearly a decade since enduring country quartet Lonestar made their way to Halifax, and they’re ready to celebrate.

In 2010, they were among stars of all ilk, from Alan Jackson to the Bodyguard himself, screen actor Kevin Costner and his band Modern West. They rocked the Halifax Common that night, but this time, they’re set to hit a milestone here in Metro.

“We’ve been there a few times, and the summer weather is just gorgeous. It’s nice to get out of that sweltering Nashville heat,” said Michael Britt, lead guitarist and vocalist.

“Nashville is a mecca for country, but it sure is nice to travel around. I remember the time Kevin Costner was on the bill. I remember those kind of moments.”

Now, they tour Canada for the 20th anniversary of the album that catapulted them into the music spotlight, Lonely Grill.

Spawning four hit singles – including Smile and the beautiful ballad Amazed – the tour gives them a chance to mark the occasion with performer Makayla Lynn at the Rebecca Cohn Auditorium Monday evening.

The show will likely be a huge nostalgia trip – Lonestar haven’t put out an album since 2016’s Never Enders, and there aren’t current plans to change that.

“We think about new music, and we are always writing. If the right thing comes along we’d love to do another record. But at this weird point in our career, it’s hard to get new stuff on the radio,” he said.

“They have no problem playing the old stuff, but we know many of our die-hard fans really love our classic songs. That’s what we give to them. We have a few we’d like to get in and record, but right now we aren’t looking at an album.”

They’ve always been a band focused on touring, spending huge amounts of time on the road anyway.

“We’d record an album every few years, but our bread and butter has always been on stage. We know that and we love it,” he said.

“This is normal to us. Being in the studio is less normal. We like playing for people. A lot of people come to see us for those hits. We mix a handful of newer songs with the ones people love. We have to walk the tightrope.”

This year, it’s all about Lonely Grill and the greatest hits, and that’s where the foundation of this tour is.

“This is a huge reflection back on what was our biggest album. The whole industry has changed from when we started 27 years ago. It’s not better or worse, but it’s always changing,” he said.

“It’s so cool we’ve lasted this song. We have songs that have become a part of people’s lives.”

He jokes about Amazed – along with heart-pullers I’m Already There and Smile as well – and how they make people react.

The band still gets a great satisfaction out of seeing the faces of a lit up crowd as they sing along with the lyrics.

“We did a show outside of Burlington, Ont. last night, and the sun was still up for this outdoor space. It was just so cool to see everyone singing,” he said.

“As far back as we could see, people were engaged. To be able to do that is amazing. We feel just completely blessed and fortunate to do what we love and make a living. When we get to keep doing it, we feel like the lucky ones.”

Lonestar and special guest Makayla Lynn play Monday at the Rebecca Cohn Auditorium. Tickets are available at the Dal Arts Centre box office, by phone at 902-494-3820.