Local popsicle company bringing back the nostalgia this summer

Glory Pops will soon be cruising around downtown Halifax on a dickie dee style bike
0
May 19, 2019 1:55 PM By: Victoria Walton 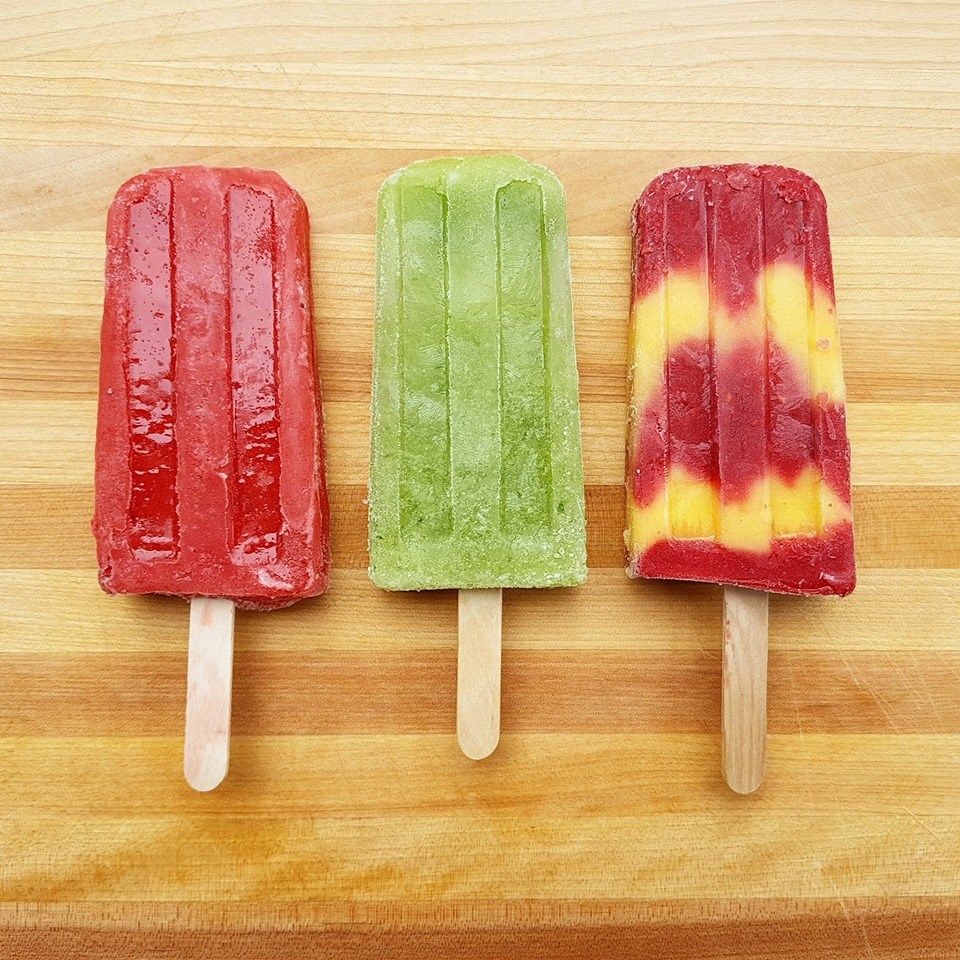 Glory Pops will soon be cruising around downtown Halifax on a dickie dee style bike.

"I will have a route around the city," says Jacqui Keseluk, the creator of Glory Pops artisinal popsicles. "We'll have a heavy presence in the Commons, and at festivals and events."

A pastry chef by trade, Keseluk says she was in need of a change, when her longtime friend Brian Larter came to her with the business idea.

"He texted me out of the blue and he's like 'Hey, do you want to start a popsicle business?'" Keseluk tells NEWS 95.7's The Todd Veinotte Show. "I needed something new and it just felt like the right choice."

Larter, who owns Atomic Cafe on Quinpool, had met a woman who ran a popsicle business for the past few years.

"She only did it on the weekends, and she was looking to sell her business essentially," Keseluk says.

Keseluk got some popsicle recipes from the previous owner, but she hasn't used them.

"I really like to do my own thing," she says. "They are made out of fresh or frozen fruit, which I puree myself, and I come up with my own flavours and combinations."

Some of the 15 artisinal flavours Keseluk has created so far include raspberry-mango, pineapple-coconut, and cucumber-lime.

All the flavours are gluten and dairy free, and most are vegan.

"There's very little added sugar," Keseluk says. "My popsicles are 95 per cent pure fruit, so I think it appeals to all ages and all dietary restrictions."

Keseluk has about 250 popsicle molds, and uses kitchen space at Atomic Cafe, currently the only brick-and-mortar location where Glory Pops are sold.

Although she's still a server on the side for now, Keseluk hopes to one day make popsicles her full-time gig.

"It's a step to something bigger," she says. "I think it'd be super cool to have a food truck down the road, and maybe expand beyond popsicles."

As soon as the logo is wrapped around the dickie dee's freezer, the bike is ready to begin it's route.

"Hopefully by the end of next week," Keseluk says.

The bike will accept cash, of course, but Keseluk also has an app set up to accept debit and credit cards -- a long way from the dicki-dee bikes of the past.

Residents evacuated for Porters Lake blaze east of Halifax allowed to return home
May 24, 2020 8:15 PM
Comments
We welcome your feedback and encourage you to share your thoughts. We ask that you be respectful of others and their points of view, refrain from personal attacks and stay on topic. To learn about our commenting policies and how we moderate, please read our Community Guidelines.