A number of mosques across Canada will welcome the public this weekend in hopes of tackling islamophobia
Nov 10, 2018 1:36 PM By: Danielle McCreadie 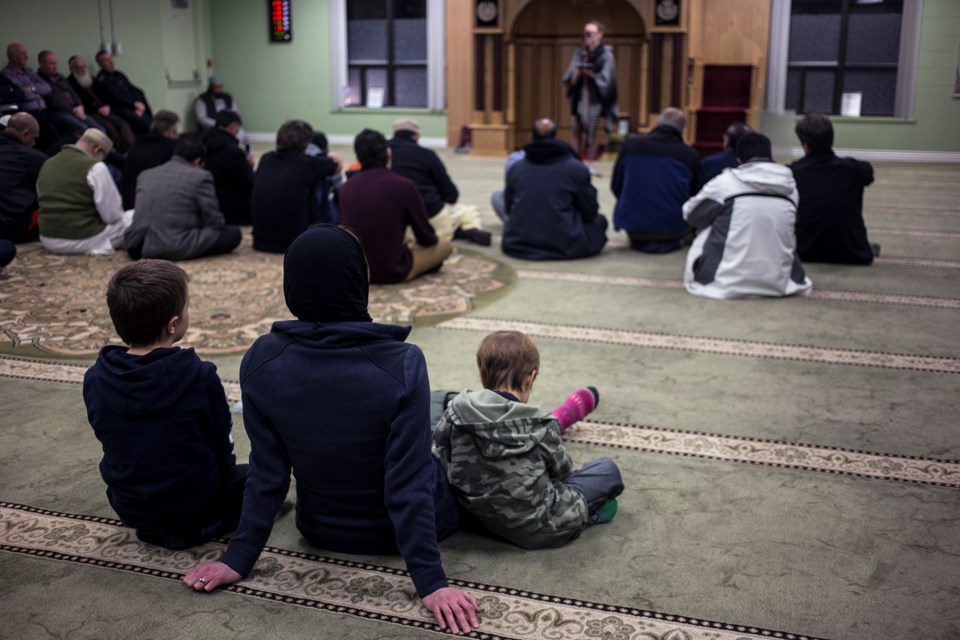 People listen to a speaker during a service at the Muslim Society of Guelph commemorating the one year anniversary of a 2017 shooting at a Quebec City mosque that left six men dead. Kenneth Armstrong/GuelphToday

Mosques across the country opened their doors to the public this Saturday in hopes to increase engagement and foster a health relationship within their communities.

The Visit My Mosque Day is a national initiative organized by the Canadian-Muslim Vote, a non-profit that is trying to increase democratic engagement within Muslim communities. This was it's second annual event.

Ali Manek, the Executive Director of The Canadian-Muslim Vote, said the event is a great way for people to meet their neighbours and make new friends within the local community. He hopes the engagement will help reduce instances of racism and Islamophobia.

"It is an opportunity for both the Muslim community and neighbours of the mosque to engage and interact with the intention of overcoming racism, Islamophobia, and discrimination against any community," he said in a press release.

"Despite the large wave of hateful and sometimes violent Islamophobic messages being levelled against our organization as well as the mosques on social media, we are excited to come together in solidarity and celebrate diversity with our friends and politicians with the goal of increasing democratic engagement."

In Halifax, the Ummah Masjid mosque is holding an open house all afternoon. People are asked to register online to participate.