The Back to the Sea Society thinks it's clear Haligonians want a larger and more permanent opportunity to experience our local sea life up close
Aug 30, 2018 4:07 PM By: Meghan Groff 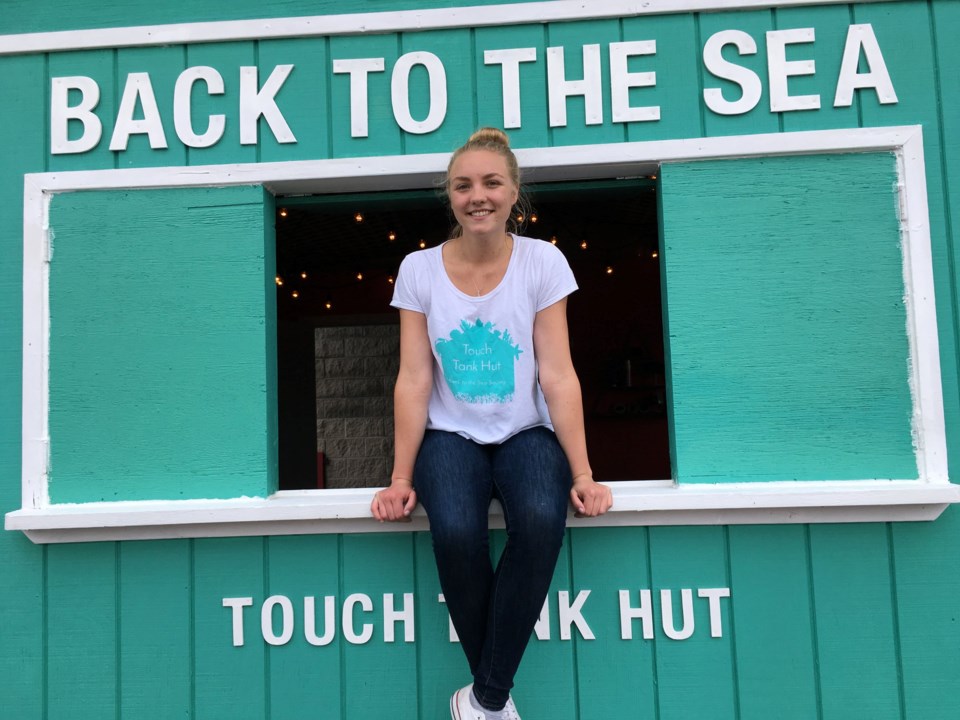 A local group thinks it's time for an aquarium in the Halifax area.

The Back to the Sea Society has been running the Touch Tank Hut at Alderney Landing.

"We feature local marine life, so it's a chance to get your hands wet. You can touch some sea stars, urchins, various crabs and shellfish and learn more about the life that's so close to home," said Magali Grégoire, the registered charity's founder.

Grégoire told NEWS 95.7's The Sheldon MacLeod Show they hope when people see what's under the ocean surface in the hands-on, interactive environment, they'll be inspired to protect it.

This summer, the bright teal hut has attracted over 7,000 visitors so far, including 400 school and day camp kids.

Grégoire thinks it's clear Haligonians want a larger and more permanent opportunity to experience our local sea life up close, but she's not sure a massive structure would be feasible.

She believes a mini-aquarium model operating on a catch-and-release philosophy is the perfect solution.

"Which means at the end of the season, we can look at releasing them all back to the sea to complete their life cycle, which really minimizes environmental impact."

Most of critters featured over the summer at Alderney Landing were caught in Sandy Cove near Terrace Bay and in the Eastern Passage area. A diver helped them get a few creatures that live in deeper waters.

"One of my favourites to show is one that you've likely seen before but probably once it's dead, all white and has been bleached by the sun," said Grégoire. "The sand dollar really amazes visitors because a lot of people don't realize they're actually a live animal."

"It's really great to be able to show that to people, have them feel their little spines and allow them to dig back into the sand."

This is the last weekend of operation for the Touch Tank Hut this season.

Their hours are as follows: