Fire prevention division chief, Matt Covey, says blackened sockets in an HRM school have been traced back to the dangerous game
Jan 28, 2020 11:46 AM By: Meghan Groff 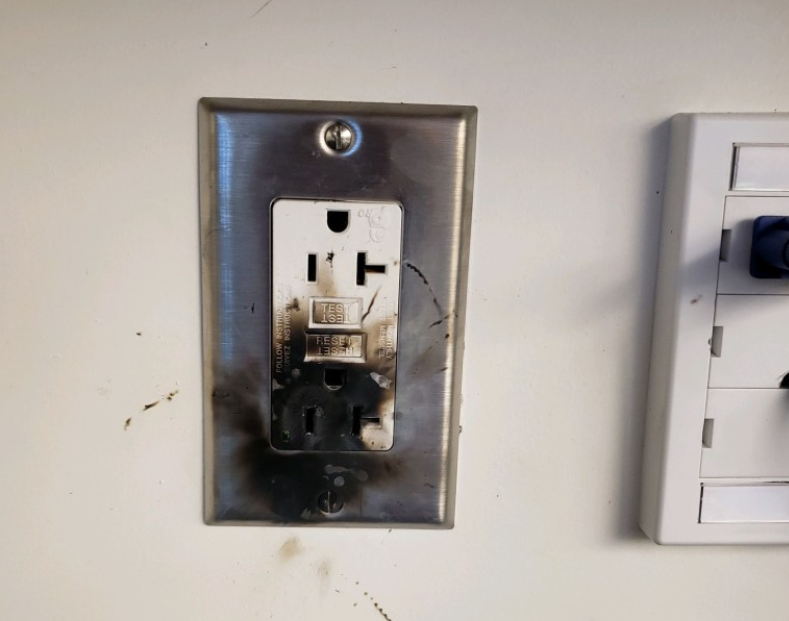 Fire officials are warning against a new social media trend on TikTok. (Photo from the Plymouth Fire Department)

It's called the TikTok challenge or #OutletChallenge, and it appears it has made its way here to Halifax Regional Municipality.

"It originated on an app site, TikTok, and it's a challenge to put your cellphone charger into an outlet, and leave a space so you can drop a penny in between the two connectors and generate a bunch of sparks, then take a video and share it," he tells NEWS 95.7's The Sheldon MacLeod Show.

Covey says a local police constable who works as a school liaison has found several blackened electrical sockets in a school which they've traced back to this challenge.

"They've also experienced some electrical issues throughout the building, so they're investigating that."

He says what may look like a fun game to young people can actually be very dangerous.

"Not only the immediate risk of electrocution or fire, but the fact that you're using a cellphone charger that you could be damaging. That could cause a fire later," Covey explains.

"You could also be weakening the wires in the walls or the breakers in the panel, which could fail later as a result of doing this kind of thing with an outlet."

He adds, since it's causing damage, it would be considered an act of vandalism and could result in police charges.

"If you've got kids, I would take it as an opportunity to educate them about the dangers of electricity," says Covey. "Kids are curious and so they're going to try to explore electricity and what it does, but there's probably a safer way to do it, than what they're doing in this case."