Life of Canada's subs now based on maintenance, not age

The navy says it has a plan that emphasizes maintenance instead of age in predicting how long the vessels are safe to remain in operation
Jul 30, 2020 7:00 AM By: HalifaxToday Staff 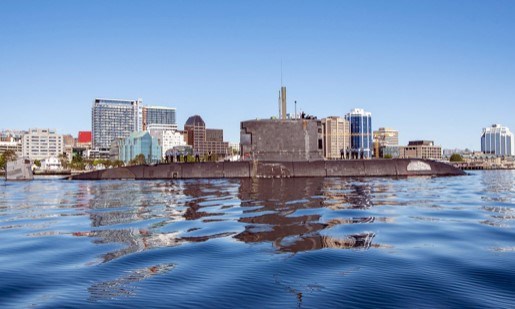 HMCS Windsor returns to its home port of Halifax in 2018, after an historic deployment to the Mediterranean Sea (photo: DND)

Canada's navy says it is no longer considering the expiration date of the country's submersibles.

Instead, the navy says it has a plan that emphasizes maintenance instead of the age of the submarines in predicting how long the vessels are safe to remain in operation.

According to a newly-released report, the navy would not see HMCS Victoria decommissioned until the end of 2042 - a decision that would have the submarine see over 45 years of service in Canada.

Canada's fleet of submarines was purchase from Britain's Royal Navy in the 1980s after Britain decided to sell them following a decision to operate only nuclear-powered submarines in the country.

According to the brief, the plan states that Canada's navy can operate submarines by their expected working lives if the military assesses the "material state" of each boat is operational.

That means, even if a submarine is beyond its years in service, the military says submarines can still be operational if they've been properly maintained.

"They operate for six years and then they go into a two-year maintenance and repair program," said Hansen, adding the decision was likely chosen as a way obtaining funds.

"It's easier politically to get money for maintenance and repair than it is for new capital building costs - they call them capital programs when it involves extra money outside of the existing defence budget."

But Hansen isn't keen on the program, saying he's "not confident" the new program will work.

Hansen says currently $120 million is spent annually on maintenance per submarine, adding that once a ship gets close to 30 years old "those costs go up by 300 percent."