Letterkenny cast takes their show on the road 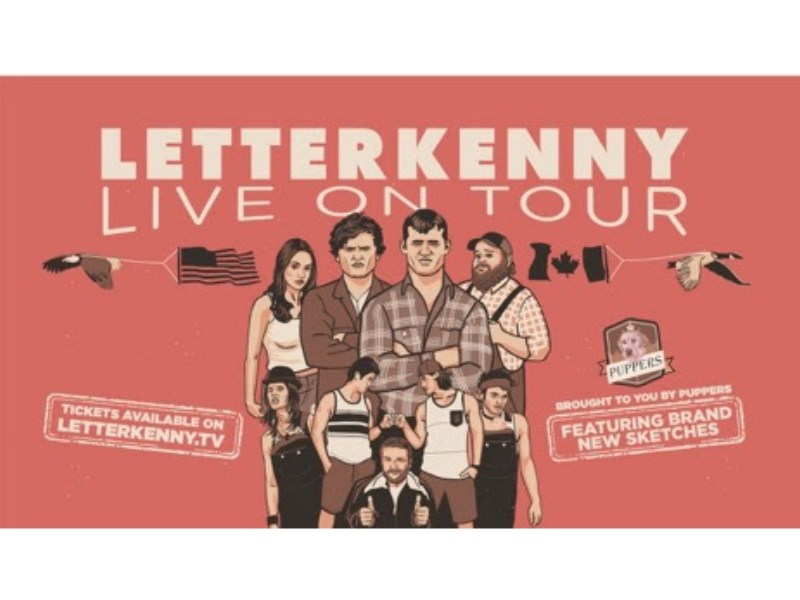 The cast of Letterkenny will hit the Halifax Rebecca Cohn Auditorium live and off-colour on February 28.

For a show that began as raucous, intensely quotable YouTube videos, Letterkenny has endured for seven seasons as a look into how rural residents get along in a small town.

Whether you identify in your own life as a jock, a skid, or some myriad of other cliques, show cast member Evan Stern says the popular show works because everyone sees someone they know on-screen.

“Everyone has a cousin who’s like McMurray, or knows a hockey player like the guys on the show,” laughs Stern, who plays goth, brake dancing, pot-smoking skid Roald in the series.

“Even if you’re not super good friends with the skids, you’ll still drive a little quicker going past the corner store parking lot. The amount of Canadian references in the show is insane.”

Jarod Keeso – who plays stone-faced, quick witted Wayne on the show – as well as Jacob Tierney created and co-wrote the show, which has struck a chord with audiences nationwide.

They went on a cross-country tour last year with Letterkenny Live, going on-stage for audiences all over.

“I’m feeling pretty great about this. It’s still so wild. I’m so confused, but also, I kind of get it. It’s just a surprise that so many people are stoked about this show, and like it as much as we do,” said Stern.

The joke-a-second show often leaves fans confused and clamouring, wondering what was just said. Chalk full of double entendres and cast members shooting from the hip, many have to rewind multiple times to catch everything.

Stern is included in that: He does more than one script pass to figure out everything going on.

“At first I get the script, and I read the first pass and sometimes don’t have a clue what’s going on. Then I read it again, and at some point it clicks, and it’s hilarious,” he said.

“The writing is just so brilliant. Once we do readings and do it on our feet, we run lines a million times. Once we have the energy in there, the spitfire dialogue comes to fruition.”

Stern has had the luck to play Roald, an LGBTQ+ character, on the hit show. To be able to give that level of exposure on a hugely popular program gives him pride.

“It’s just the best thing. Also, our director who does every episode is part of the LGBTQ+ community. He writes all the episodes with Jared (Keeso), and brings such a unique perspective,” said Stern.

“Being able to be a part of that makes me happy and honoured. It opens up so many interesting conversations.”

Though he didn’t get in on the first round of shows, Stern sat in the audience during a Letterkenny Live show in Mississauga, Ont.

“There’s such a big difference in the audience. It’s unbelievable to see everyone having a great time and drinking beers,” he said. “It’s such a difference between sitting at home and feeling like you’re there.”

“You get to come live and feel like you’re right at the produce stand with 1,000 other people. It’s the biggest produce stand in the world and everyone is part of the same community. It gives perspective to see people who feel the same way you do and just love shooting the shit with their pals.”

Letterkenny Live is at the Rebecca Cohn Auditorium on February 28. The show is at 8 p.m., and is 16+. More information can be found online.