Sakalauskas said her remarks at Thursday’s event will include a reflection on the 'evolution of the reception and the community around it'
Jul 24, 2018 12:44 PM By: Michael Lightstone 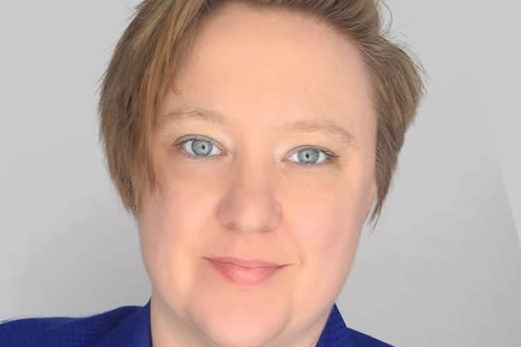 A year ago, a speaker at the annual Halifax Pride reception hosted by Nova Scotia’s legal community publicly acknowledged the presence of Judge Amy Sakalauskas.

The judge, an attendee at the 2017 event, had been appointed to the bench months earlier. When she was a practicing lawyer, she’d been active nationally on issues regarding the 2SLGBTQ+ community and had helped organize previous Pride receptions in Halifax.

This week, Sakalauskas will be the guest speaker at the 2018 reception, set for Thursday at a downtown hotel.

She remembers the event’s early days, in an office boardroom dominated by a large boardroom table. The room was not filled.

“And that’s were that reception started,” Sakalauskas said Monday. “Now, we expect around 100 (people) every year.”

Sakalauskas said her remarks at Thursday’s event will include a reflection on the “evolution of the reception and the community around it.”

She told HalifaxToday.ca that over the years she’s seen her perspective “change a lot,” and intends to talk about that, too.

Sakalauskas said this has come about by becoming a parent and thinking about Pride “in a different way,” while raising children, compared to when she was younger and didn’t have two kids.

Nova Scotia’s judiciary has for years tried to increase the diversity on its roster of sitting judges. In 2016, the province’s chief judge and chief justices asked an Appeal Court judge with Asian heritage, Justice Linda Lee Oland, to examine the issue.

She filed a report with 11 recommendations to help the judiciary reflect modern-day society – that is, find suitable candidates from a range of backgrounds. The recommendations have been “fully accepted” and are being implemented, says the website for the Courts of Nova Scotia.

(The website notes judges don’t have a direct role in appointments to the bench – that’s the responsibility of the provincial and federal governments.)

Nova Scotia is “seen as a leader” in diversifying its judiciary, said Sakalauskas. She said initiatives implemented in that regard are happening in a province “that is increasingly recognizing the importance of diverse perspectives on the bench, and in the courtroom.”

Sakalauskas, who is gay, was a provincial Department of Justice lawyer practicing in child protection before her appointment was announced in March 2017. She’s originally from North Sydney and now lives in the Halifax region.

When Sakalauskas was named a judge, a release from the premier’s office said 38 full-time and six part-time judges were serving in provincial and family courts.

Eighteen of the full-time jurists are women.

In 2014, Saukalauskas made the top-25 list of “most influential” practitioners named by Canadian Lawyer magazine. Among other things, she was recognized for her “instrumental role” in advocating against the accreditation of the proposed law school at Trinity Western University in British Columbia.

The Supreme Court of Canada last month ruled against the private Christian university and in favour of two law societies, saying the societies had the power to refuse accreditation based on Trinity Western's contentious community covenant.

That pledge involved students signing a document and following a code of conduct, which includes abstinence from sex outside of heterosexual marriage.

The Pride reception, in its 16th year, is co-hosted by the Nova Scotia Barristers’ Society and sexual orientation and gender identity section of the Canadian Bar Association. The association says the section “works to address the needs and concerns of lesbian, gay, bisexual, transgendered and two-spirited people within the CBA.”

Over the years, the reception has grown from a modest social event to a key part of the summertime Pride fete. It has attracted law students, lawyers, judges, out-of-province speakers, retired lawyers and judges, politicians and others.

He was sworn in at a ceremony in Winnipeg in 2016.